For those who don't already know, Jeff and I are in Lyon for the Game Connection conference, which is sort of "speed dating for game developers". We were selected for the "Level Up" scholarship, so we are able to attend for free! We've got some awesome meetings lined up with some pretty big names, so we are pretty stoked. Even if it doesn't actually lead to anything, it should be a great learning experience -- you don't get to talk to Apple, Sony, Nintendo, Microsoft, and 20 other game studios every week! 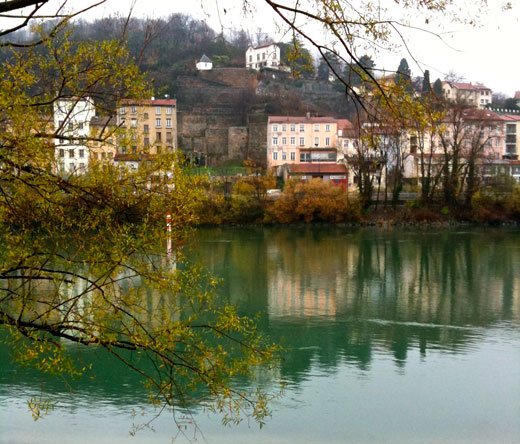 Voila, Lyon! The water is really that green, a good example of real life looking unrealistic.

We were a little worried last night because our KLM Fokker 100 was loaded with extra fuel and thus had to leave our bags behind in Amsterdam. We're not too clear on exact details -- just that the Fokker couldn't bring our bags. We made sure to carry-on everything we would need to demo Overgrowth but without our clothes and toiletries we were afraid we might end up smelling bad enough to scare companies away. Fortunately, our bags were returned to us within 24 hours, so we will not need to air out our demo booth after all. 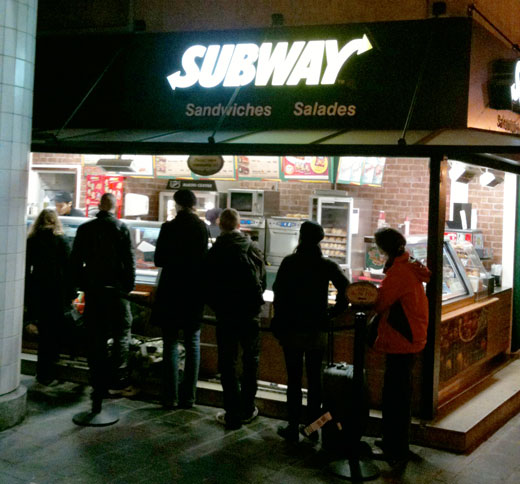 We were pleased to see a Subway not far from our hotel. Even though we were specifically instructed by friends, fans, and family to avoid Subway and explore some French cuisine, we couldn't resist checking it out, since it has been our primary food source in the US. However, the "five dollar foot-long" jingle has not made it to France. After the exchange rate, they are about $10 USD, so we opted for an awesome crepe instead. We've since discovered that you can buy gourmet french sandwiches (called tartines?) on fresh baguettes for less than 3 Euros, although the craving for Subway is getting pretty strong. 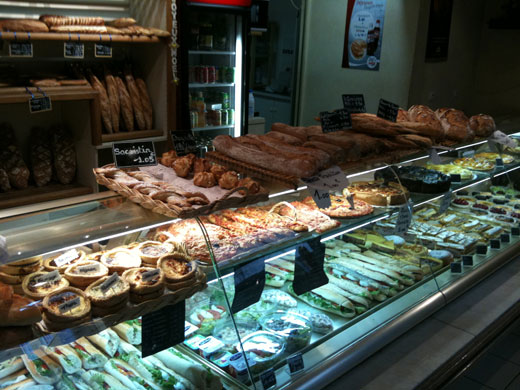 A cheap and tasty alternative to Subway.

A celebration called the Festival of Lights is taking place this week, which should be pretty cool. Jeff and I are pretty jet lagged but we have a full day to unwind, check out Lyon, and prep for the conference. 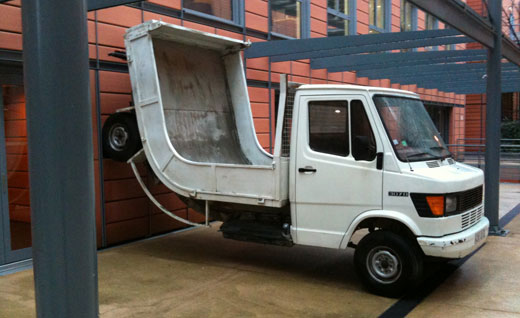 What the truck? This is right next to our hotel.

It sounds like a few of our friends may be in town as well. It will be awesome to hang out with some of our blog readers and fellow developers! Please contact us if you're in the area!

In other news, Google reversed their decision about EtherPad! Kudos to Google for doing the right thing. The Wolfire Blog is pretty tiny, but maybe our post contributed in a small way to their decision since our manifesto got circulated pretty widely around the internet. Sadly, we already updated the blog to not use EtherPad anymore, so the door kind of hit us on the backswing anyways -- a little more transparency would definitely be appreciated. Thanks to source control, it's easy to revert back though!