This is a mega sized update for the Overgrowth comic. I did a bigger update this time for a couple reasons. Some of the past updates have been tricky, because I wasn't sure going in exactly how I would tell those parts of the story, but making this part was a lot faster because I had been thinking about how to draw these pages for a while. The other reason I did a big update is because I wanted to tell this chunk all at once. 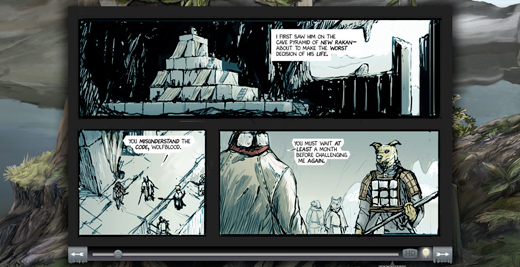 We are coming up on having 40 pages for the comic now, which is the length of a normal comic you can buy off the shelves. It has been a lot of work, and I have a lot of respect for the guys that do a comic every month.

I have been thinking about doing a special Mad Dog themed piece of art once we do hit 40 pages. Do you guys have anything in particlar you would like to see?

Follow up question from Jeff: does anyone have any tips for spreading the comic? I'm biased, but I think it is beefy enough at this point to really stand on its own. How can we spread it to new people outside of the blog?

Where does DRM come from? DRM can be effective