The DRM issue has been argued to death. I think at this point, pretty much everyone is in agreement that DRM is braindead -- game developers most of all.

However, even though it is widely accepted that onerous DRM is a liability rather than an asset, publicly traded corporations continue to dream up more and more restrictive forms of it. It's like if McDonald's served scalding hot coffee, but instead of cooling it off in response to the market, they just keep turning up the heat in their own little world.

To recap the DRM argument, the reasoning is as follows:

Summarized in an image: 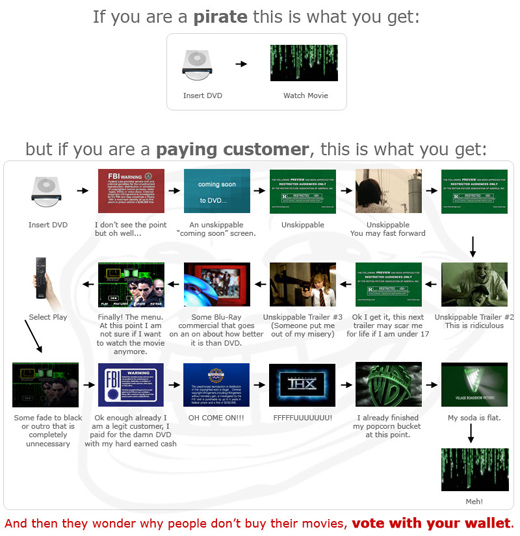 At this point, we have a large enough sample size so that history has shown these statements to generally hold true. DRM is not just bad from a freedom point of view -- it is simply bad business.

I'd like to start the discussion off with a question that I don't know the answer to: Why are publicly traded companies still doing this in light of massive lawsuits, massive customer protests, and the fact that it is cracked immediately, regardless?

Who authorizes the DRM and why does it still exist?