A couple of days ago I asked the question "Where does DRM come from?" From my perspective, DRM did not add up no matter how you looked at it. It is obviously bad for the consumer and conventional wisdom dictates that pirates can simply bypass it, getting a better experience. However, this is largely because one of my assumptions was that all DRM in a popular, AAA title is guaranteed to be cracked shortly after the release. 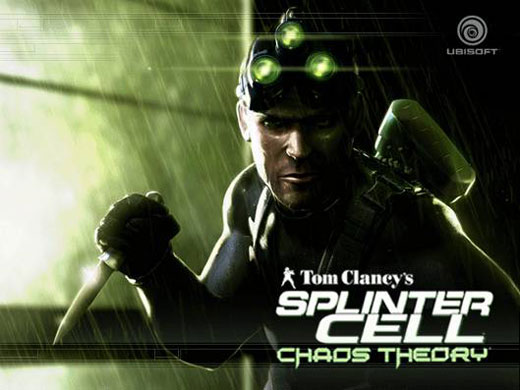 Splinter Cell 3: Chaos Theory, an outlier in the war on piracy

Immediate piracy of AAA games is not always a given, as I learned from Martin in the comments. The best example is Splinter Cell 3: Chaos Theory, which is, by all definitions, a AAA blockbuster game. It used the controversial StarForce 3.0 DRM and took 422 days to be cracked, well beyond the game's shelf life. StarForce 3.0 used a plethora of controversial methods to achieve this, most notably, it secretly installed mandatory device drivers. This obviously was highly controversial and there were many reports of new security vulnerabilities, performance degredation, incompatibilities, system instability, and other issues. As an aside, StarForce actually threatened to sue BoingBoing and CNET for reporting on these issues.

Massive consumer issues aside, it worked. 422 days with relatively small amounts of piracy is unprecedented. Despite this amazing win against piracy, after it was cracked, Ubisoft dropped it, promising never to use it again. At the time, it seemed that they were listening to customer complaints, but in hindsight, it seems like they were just waiting for an even more invasive solution, which makes StarForce look welcome.

So, to answer the question of "why do companies use DRM?" it's because it sometimes works. In the vast majority of cases it does not -- but this is not a given as I had originally assumed, and I believe that CEOs and other decision makers at these giant corporations honestly believe that they have a chance to be the new Splinter Cell 3: Chaos Theory.

Also note that Splinter Cell 3 was a 2005 release. Is it even possible to duplicate StarForce 3.0's success in 2010? My gut feeling is that with the advancement of virtualization technology, it would no longer be possible for a video game to detect that it is running in a hypervisor, let alone whether or not the CD is authentic. I don't have the expertise to make an authoritative claim, but I'd love to have a guest blog post on the topic!