It has been awhile since I did a video, but I have been hard at work on Overgrowth (which you can preorder here), so I have a lot of different things to show off. A major part of the game that David and I have just started to turn our attention toward is the story and level design. Since these aspects of the game have not been fleshed out much yet, I have been doing a lot of testing and revisions. I have used this as an excuse to also track down and document some bugs that I have seen crop up from time to time so that David has had enough information to fix them.

I also got some new building art assets done. These may be the last town-oriented assets I do for awhile even though there are a lot of things I still need to make fully fleshed out towns and villages. Instead I am going to focus on really nailing interesting outdoor environments with crete structures, since I feel like they are one of the main visual hallmarks of the game.


Be sure to watch it in HD!

I also went to Fantastic Fest/Fantastic Arcade in Austin and it was awesome. Here is me losing at the interesting game Jesus vs. Dinosaurs by Grapefrukt and Petri Purho against cool person Brandon Boyer in a tournament: 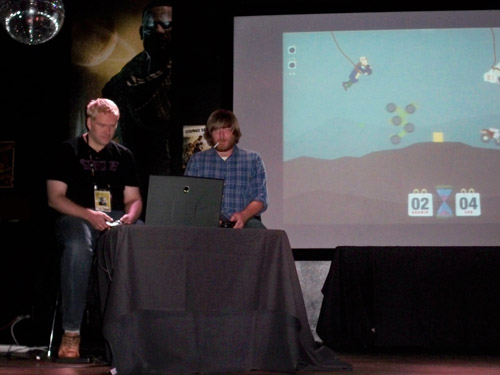 Fantastic Arcade was free and open to the public this year, and like last year, had an all star lineup of indie games. I have been to other events with indie games, but Fantastic Arcade is by far the best for meeting the people who are actually making these great games.

Thanks to everyone who patiently waited for this Art Asset Oveview! If you liked this video, be sure to subscribe below.

Posted in Overgrowth Art Other Videos by Aubrey Serr