In Overgrowth there are many enigmatic places. Of particular note are the ruins that dot the landscape. Taking diverse forms, these ruins seem to serve no obvious function. Some believe that they are the remains of tools the gods used to fashion the world. 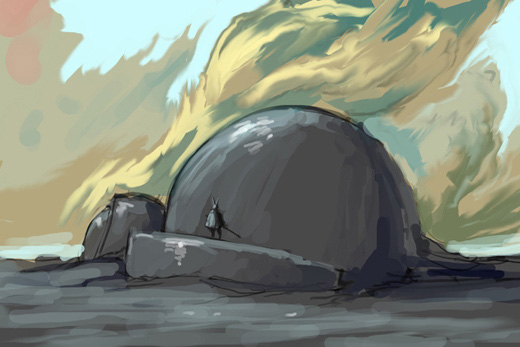 The site known as Broken Shells rests on the Parched Steppes, far from any settlement. Rabbit legend holds that at the Shells on a full moon the barrier between this world and the next is thin. One can pray and those in the afterworld can hear those prayers. Rabbit warriors will sometimes pray to their dead kin to prepare a spot for them before they set out for battle. 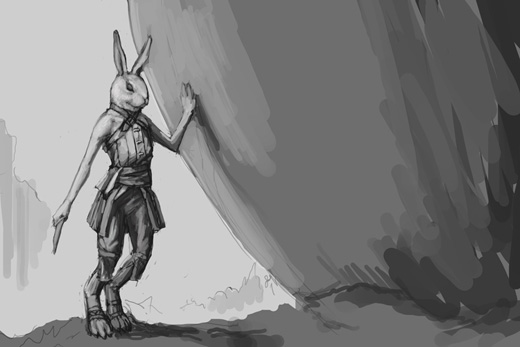