Most people see E3 as a tradeshow mainly good for creating a press frenzy for mainstream game companies and their upcoming products. However, while E3 doesn't seem super indie friendly at first glance, I would argue that it's definitely worth attending. Here's why: 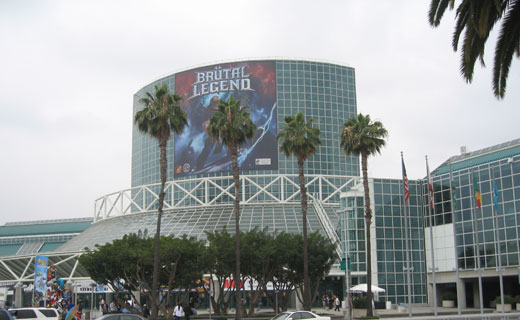 E3 tickets are free for gaming industry professionals, even those working for small indie companies. Compared to the Game Developer's Conference which cost me $175 for the cheapest type of ticket, this already seems pretty good. If you want to have an official booth at E3 though, that's when things get pricey. Fortunately, Indiecade is working hard to solve this problem and managed to provide subsidized demo stations on the expo floor this year where indie developers could show off their game projects.

E3 is all about providing live demonstrations of the technologies of tomorrow. Understanding how gameplay intertwines with a control scheme is easiest when you can actually play a game. I was definitely excited to get my hands on games like Halo ODST, Arkham Asylum, Left For Dead 2 and Ruse. I had hoped to try more 3rd person combat platformers (because they are most relevant for Overgrowth), but the God of War III line was super long and Splinter Cell Conviction demo was being played by members of the Ubisoft team. 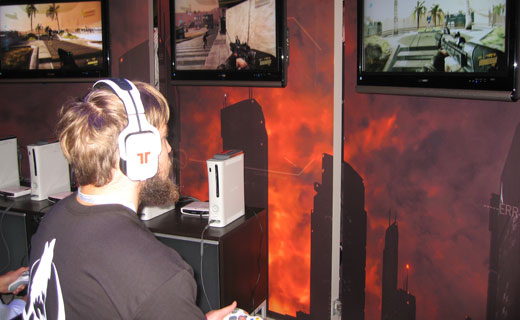 E3 puts you in a sea of 40,000 people from all areas of the gaming industry so you never know exactly who you'll bump into. While waiting in line just to get into E3, you may find yourself standing next to the principle engine programmer for the Halo team (yes the lovely Corrinne Yu). Anyone you see holding a fancy looking camera is probably affiliated with a major gaming news site, so go say hello (I stalked as many as possible). Those people at the front desks of publisher booths might make a habit of redirecting everyone with publishing inquiries to their company's main corporate phone number, or they might be producers themselves, happy to give you their personal business card. Any afterparties you can find are networking bonus rounds. 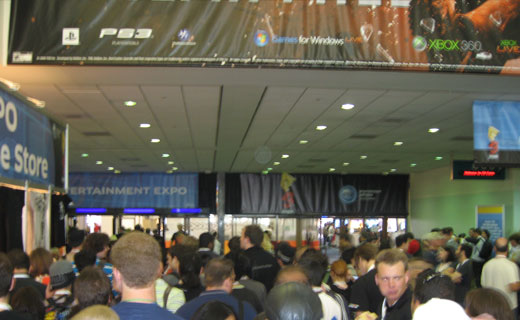 The big companies put a lot of time and effort into figuring out how to get people excited about their games. Aside from using amazing models and awesome celebrities like Richard Marcinko (think Sam Fisher but in real life), companies also have PR pros describe their games during live demos. Some of these promoters could probably make Pong sound next-gen. I'll definitely be trying to capture their energy and style if I end up manning an Overgrowth demo booth at future conferences. A common tactic is to come up with special names for game features. Homefront, for example, is powered by the new "Drama Engine" which will do things like cause debris from explosions to land dangerously close to the player's position instead of exploding randomly. 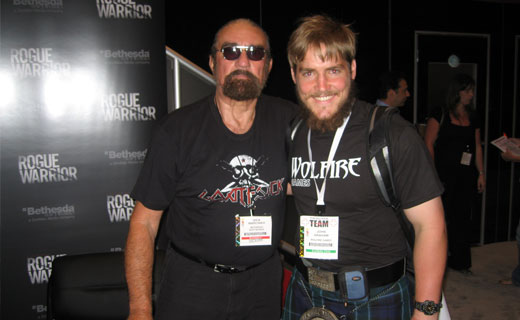 In conclusion I think the conference was pretty useful. Indie developers might not need to send their whole team to E3 but it's good to have an agent in the field. Do you guys have any questions you want to ask me about the conference?