As we compared notes with the developers and publishers at GDC, we realized that Overgrowth is just not very marketable. It's a niche fighting game for a small hardcore audience, and takes too many risks in terms of scope, setting, technology, and controversial subject matter. Not only is it a tough sell to the mainstream, but it even doesn't appeal to indie gamers: it's not experimental and artsy enough. For that reason, we've signed on with OnLive, XBox Live Arcade, Playstation Network, Steam and WiiWare to bring you our new downloadable game:

Small Tank is set in World War 2, but it's still fresh because everything is small and cute! We added amazing, ground-breaking new technology to immerse you in this epic conflict. The bloom effects and brilliant lens flares put the sun right in your eyes: you can actually feel the heatstroke! Customize your special-forces commando to choose between a badass bandana or a helmet! You can even pick your own character voice: seasoned chain-smoker or foul-mouthed hoodlum! 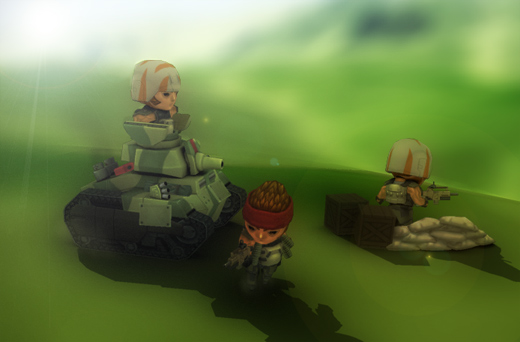 We haven't even mentioned our favorite new feature yet... the cover system! You'll latch onto things so hard you'll think you've bathed in super-glue. Exploit the third-person camera to blindfire with deadly accuracy, and take out wave after wave of identical nazi goon squads. Tired of other games that make you waste precious seconds of your life waiting for your health to regenerate? You'll love our revolutionary new game mechanic: instantaneous health regeneration! You can't even fit in these chibi tanks, but who cares? You don't need armor! Just blast those froggies with the cannon! BLAM! KABOOM! You'll feel almost like you're accomplishing something, but without any effort or skill! 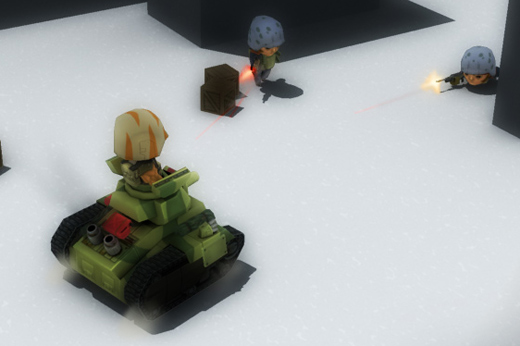 But wait, you say, this doesn't sound very indie anymore! I'm glad you brought that up, because we threw in all sorts of random quirks that should endear us to the indie crowd! From the creepy, staring eyes of our doll-like chibi soldiers to our quirky euphemisms for the axis and allied teams, there's more than enough artsiness to go around! 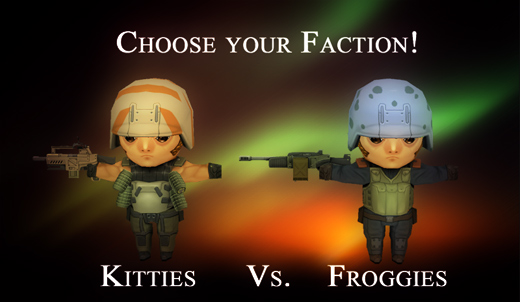 Don't forget to pick up a copy of Small Tank when it's released in Fall 2009. Small dude, small tank, HUGE ACTION!