After speaking with the experienced and successful developers at this year's GDC, we realized that we were making a lot of serious mistakes with the design and development of our game. With their advice in mind, we went back to the drawing board, and came up with a new plan that will allow us to reach a much broader audience in much less time. We're proud to announce Overgrowth: Villages for Facebook, iPhone, iPad and Android! 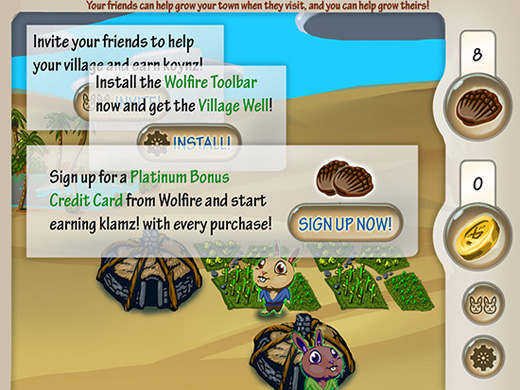 You may have noticed that the art direction has changed slightly. Previously we designed the game's appearance based on our own tastes, our own sense of what was interesting to look at. What a narcissistic idea! Designing for oneself is a common mistake for young developers, and a red flag indicating a "lifestyle business" that has no real future. To correct this mistake, we shifted the art direction to focus on the most profitable target demographics: children and their mothers. Apparently children are an especially appealing demographic, because they don't always understand that they're paying real money, and will happily run up a $1000 bill on their cell phone! 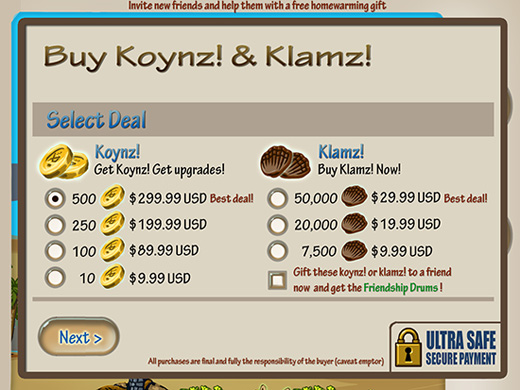 Unfortunately, the art direction wasn't our only serious mistake. We were also designing the game in entirely the wrong way, wasting time on layered tactical choices and detailed mechanics. But why? Because we enjoy those things? An experienced designer will always design the game to be rewarding for the company, not for the player. In Villages, we redesigned the mechanics to exploit known psychological biases and fallacies to extract money from our target audience. Using a few simple techniques, we can trick people into paying a ransom for their own time, without ever realizing what is going on! Here's an amazing presentation by an inspirational game designer, explaining some of these proven techniques. 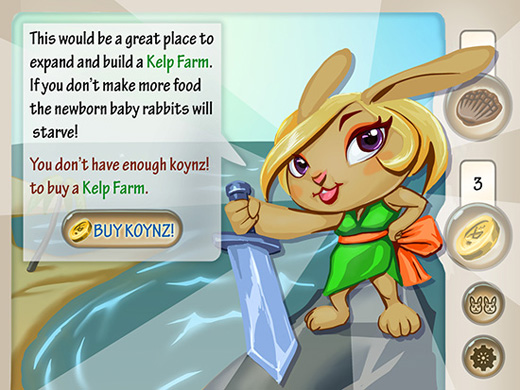 You may have noticed that we haven't actually mentioned what the game is like. That's because we can't, sorry! It's very similar to an existing game, and if we describe it, the authors of the original game will sue us. We can't afford to pay them off until our first round of VC funding is complete, but that should be wrapped up soon, and then we can give you all the details.

For everyone who has already preordered Overgrowth, you will get 30 free Koynz in Overgrowth: Villages. Or 50 if you refer at least ten friends!