I've been hanging out at E3 this week looking for mischief with Anton Riehl, who kindly agreed to house me in LA. I've always found E3 to be similar to a sports event because from a raw press perspective you can usually get better coverage of all the action from home than you can by trying to view things live. But of course what a finely tuned gaming RSS reader can't provide you is an opportunity to walk around and connect in-person with other people in the industry.

A Quick Summary of the Week So Far

On Monday evening we got to attend a party hosted by OnLive and met some of the execs from Namco-Bandai, SquareEnix, PopCap and Epic Games. Before the show opened on Tuesday morning, we had a chance to chat with Jonathan Blow, the maker of Braid and the upcoming game The Witness, while waiting in line and bumped into Scott Reismanis of ModDB and Desura. Tuesday night I got to meet the entire team of Bastion, said hello to Tim Schafer, and got the chance to chat with Notch and thank him for his extreme generosity in the Humble Frozenbyte Bundle. Anton now has some incriminating footage of me playing Harmonix's new kinect-based Dance Central which I'm hoping will not see the light of day. Wednesday we ran into Mikael Haveri from the Frozenbyte Team and while attempting to locate a party for The Old Republic ended up at a Reddit party hanging out with Alexis Ohanian. I haven't forgot about posting obligatory shots of the expo floor, but I will say that the floor models this year were not quite as over-the-top as they have been in years past. Here are some of the photos we snagged: 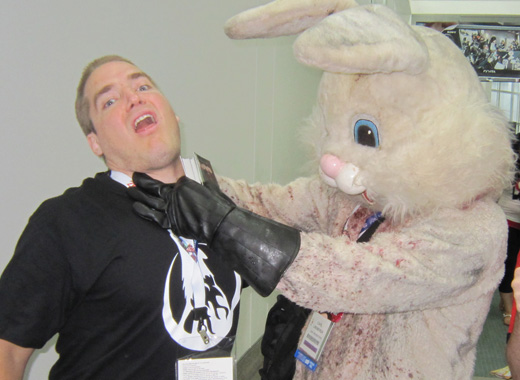 This is me getting murdered by a blood-splattered, homicidal, bunny rabbit. 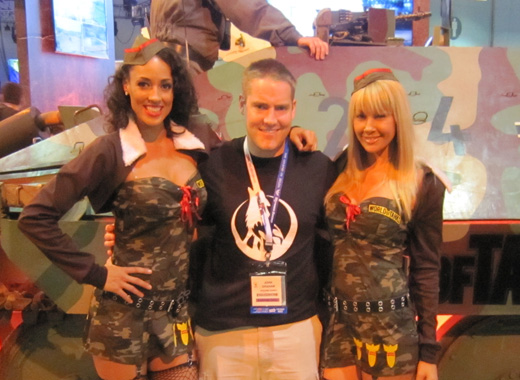 This is me with two tank commanders. 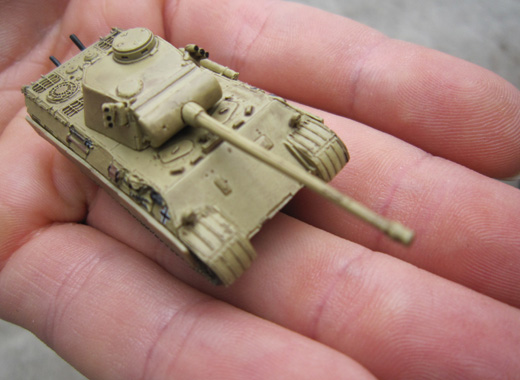 And they even gave us a small tank as a souvenir. 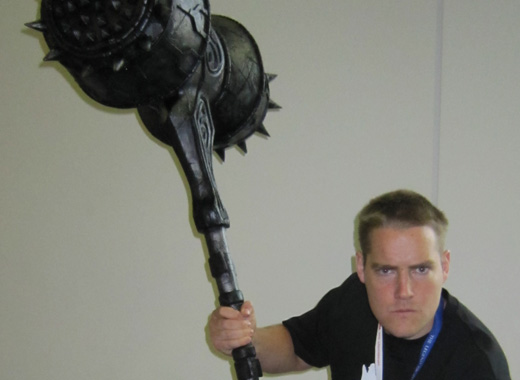 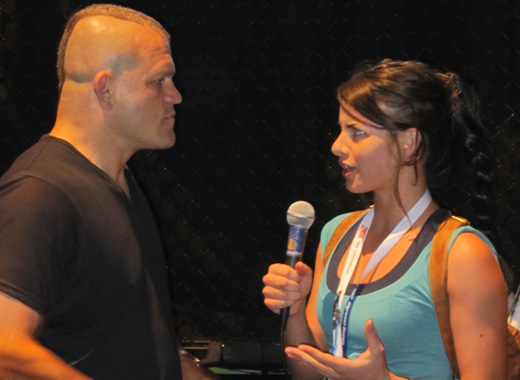 Chuck Liddell made an appearance at the UFC booth. He looks mean in this picture but he is more intimidating in person. Even if I had still had my giant hammer I would not have tried to fight him. 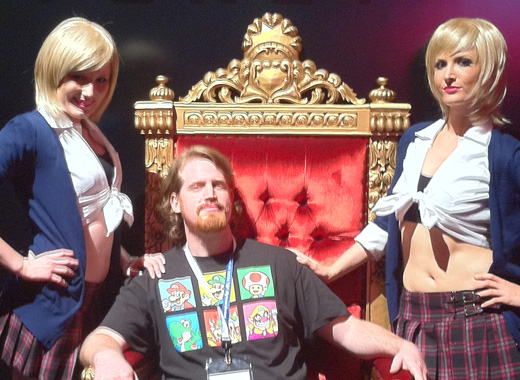 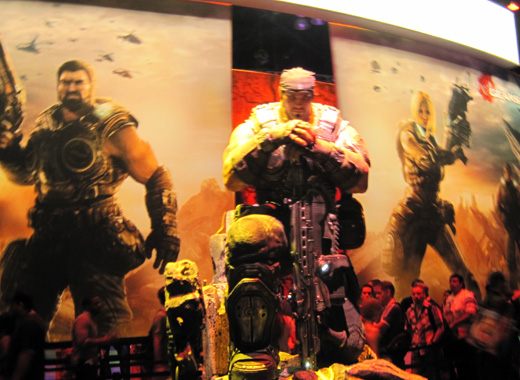 Little known fact, one of the Gears of War characters was totally inspired by my beard. 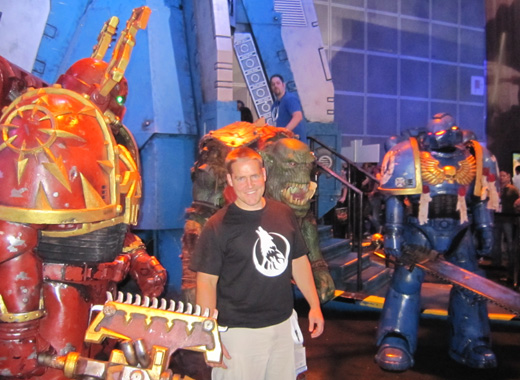 I'm a huge fan of 40K Space Marines so this was a photo op I couldn't miss.
Finally, one of the cool things about E3 is Indiecade which showcases a bunch of fun up and coming independent games on the expo floor. The three games that really got their hooks into me so far were: A puzzle platformer called QUBE, a streamlined rogue-like dungeon crawler called Desktop Dungeons, a turn-based strategy game called Skulls of the Shogun and a brutally unfair oldie but goodie 2D flying game called Flywrench. Today is the last day of the conference but I'm hoping to meet a few more people and see a few more things come to a close. What have you guys been most excited about at E3 so far? Anything in particular you think we should try to see before it ends?