Thanks to the Organic Indie Preorder Pack, we have a little bit of extra money lying around. In addition to taking our Subway sandwiches to the next level, we are going to be using this cash to directly improve Wolfire. 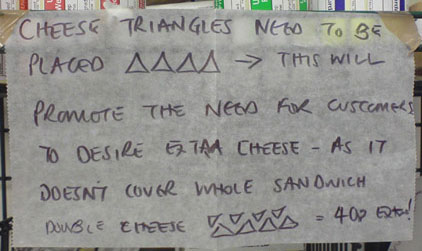 The first thing I'd like to announce is some simple server administration. While we use Google App Engine for the blog and main site, we have a legacy dedicated server to handle the forums, IRC, development SVN, and many other things.

During the preorder pack, our forums started to falter. I tried to fix them, but actually made them significantly worse -- to the point where the secret preorder forum was down. I ran to the #phpbb IRC channel looking for someone to save us from a huge catastrophe, and got referred to Phil Crumm, an official phpBB support team member.

Since he has been working on phpBB for the past 5 years, he was able to fix the database and restore everything to 100% really fast -- he really saved us from the brink of disaster.

Since he is such a bad ass, I had to inquire if he did other server admin stuff. It turns out that he does. Over the past couple of weeks, he has been taking our mish-mash setup of IRC, forums, SVN, etc. from our super old dedicated server and setting it up correctly on a new virtual server from Slicehost. Here are a few changes:

There are still a few more things to do, but I am really excited to be working with Phil. I am really happy that we are now on a virtual server instead of a dedicated one, because it is actually quite a bit cheaper and has better performance. In several months, we will actually have saved money, despite having Phil do all of this work for us. This seems counter intuitive, but basically, dedicated servers are not really a good choice unless you really know what you're doing. Thanks to Moore's law, even the beefiest of servers will be obsolete within one year, however the price of your ghetto server does not get adjusted -- you're be paying $150 / month or whatever for life.

Phil is a really awesome guy, and I completely recommend him to other indie developers who need some tweaks to their forums, would like to move their servers to a virtual server, or need any kind of server admin help. His prices are more than reasonable and he really knows what he's doing. He didn't ask me to write this, it's a personal recommendation.

His email is pcrumm@p3net.net (he is so bad ass, he doesn't get spam).

Are there any tweaks to the forum, wiki, or other services that you'd like to see?