Two weeks ago, John and I came back from our scholarship-sponsored trip to Game Connection in Lyon. Several of the companies we met in France are located here in the Bay Area and they were eager to have a more in-depth meeting. Among those were AMD, NVIDIA, and Havok. 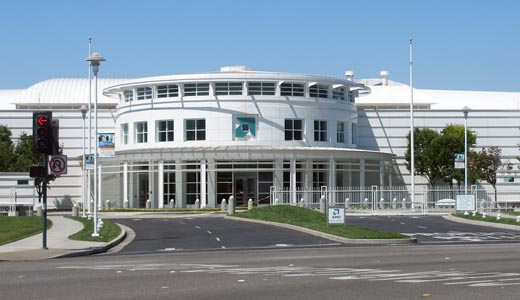 ATI / AMD headquarters. Photography was prohibited, but I found this on Wikipedia.

Our first meeting was with AMD (owners of ATI). They were very generous with their seed hardware, giving us seven free ATI graphics cards to help us test compatibility and take advantage of new graphics features. Additionally, we made a few engineering contacts there who can help us with any graphics problems in Overgrowth as they come up. When the game is done, they will run a gamut of tests on supported graphics card configurations, and report any problems that they find. 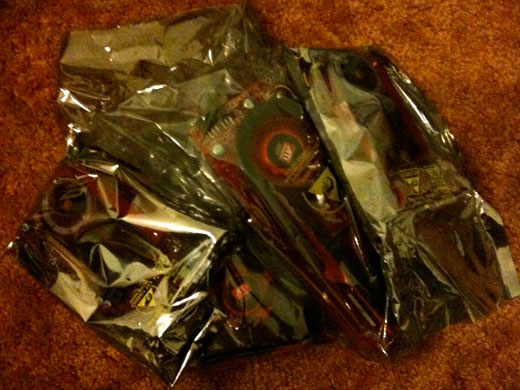 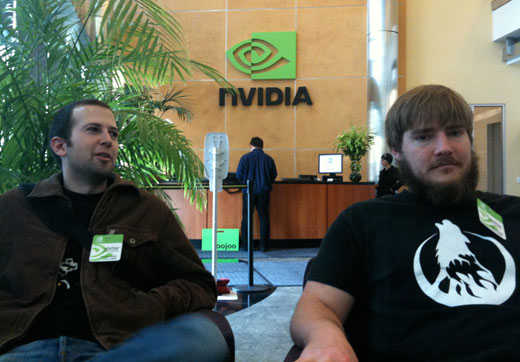 Jeff and John at NVIDIA headquarters

We had an awesome meeting with NVIDIA. Unfortunately, we have an NDA (non-disclosure agreement) so I can't give you any juicy details yet. However, like ATI, several NVIDIA graphics cards are en-route and we have some new contacts there to answer questions and help resolve compatibility issues! 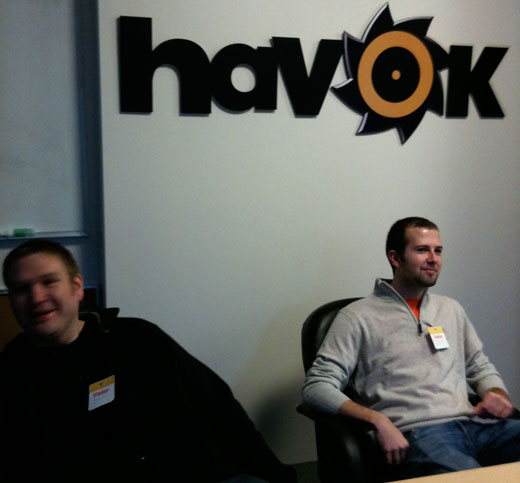 Aubrey and Jeff: hanging with Havok.

Finally, we caught up with the Havok guys. We signed an NDA with them too, so we can't talk about that yet, either. We'll let you know more as soon as we can!

It is an awesome feeling sitting across from these super-professional guys -- who often have their walls covered with AAA titles or industry awards -- and being taken seriously. Kudos to these companies for giving us the benefit of the doubt even though we are scrappy-looking indie developers. We've still got a long way to go, but it's really motivating to have this level of support.