When I was at GDC this year, one of the IGF finalists that really caught my eye was a sidescrolling platformer brawler called Cletus Clay. The game is being developed by team Tuna and has you play the role of a friendly farmer who suddenly finds his land under attack by an alien invasion. 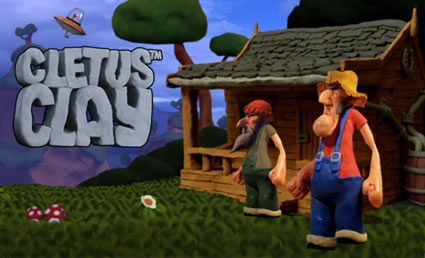 What really blew me away was the fact that all of the game's artwork and animations are made from clay models and claymation. After devouring the Cletus demo's fun arcade-style gameplay at the Tuna IGF booth, I had a chance to talk to members of the Tuna dev team. Among them, was Sarah Quick, one of the team's amazing clay modelers.

We've stayed in touch and have had a few brainstorms about ways to spread awareness of indie games. I've definitely shown her our indie PR tips but I also couldn't help but mention that if she had time to make us a ninja rabbit out of clay, we would definitely give Cletus a shout out on the Wolfire Blog. To our delight, Sarah took me up on my offer. Below are some of the work-in-progress shots and more can be found on the Overgrowth Facebook Page. 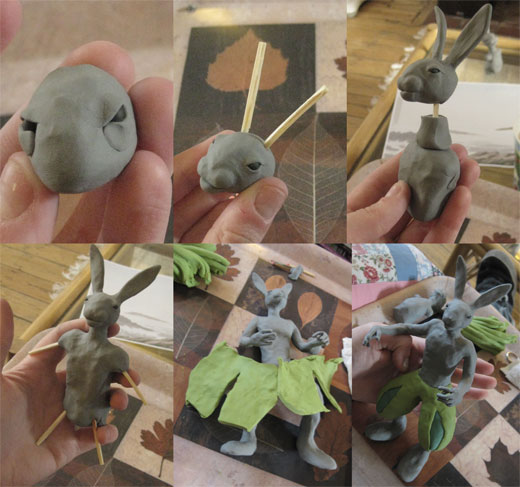 Sarah told me this bunny took her about 8 hours to complete. You can see he has a matchstick endoskeleton that makes him sturdy enough to stand up on his own and Sarah even went the extra mile to give him pantaloons, blade weapons and rope. Below is the final version. 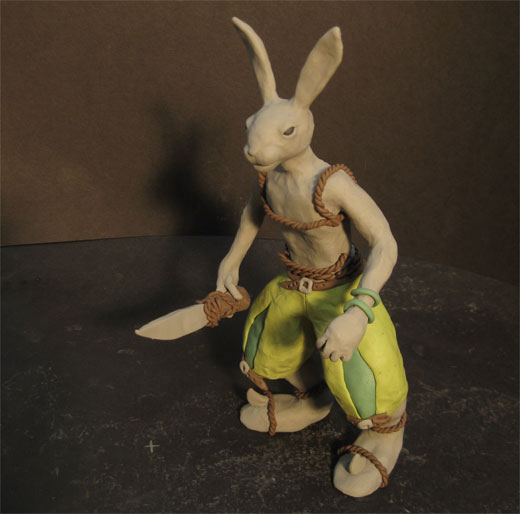 This masterful 3D manifestation of Aubrey's concept art exceeded our expectations and alludes to the care and quality that you can expect to be a part of Cletus Clay.

Be sure to check out the Cletus videos on Tuna's YouTube channel and keep up with the latest development gossip on the Cletus Clay Twitter feed. This game is going to be something special. Thanks again Sarah and good luck to you and your team!

If any other indies out there are interested in arranging for a guest post on the Wolfire Blog, please contact us. Making us a ninja rabbit is a surefire way to win us over.