A lot of you who have been hanging around the Wolfire site already know how the Whale Man was created. However, those of you newer to the community probably know only a small piece of the story. Today I thought it might be fun to tell the story of how the whale man came to be.

Mike_Cuzins starts an epic thread about water in SPF. The Wolfire dev team voices worries about having to perfect water to the detriment of other aspects of Overgrowth like fighting. Fans reject this argument and Jeff is forced to reveal the real reason why the team is hesitant to add water: water is where the whale men live and "you really don't want to meet the whale men" he warns. Few fans take the Whale Man warning seriously. 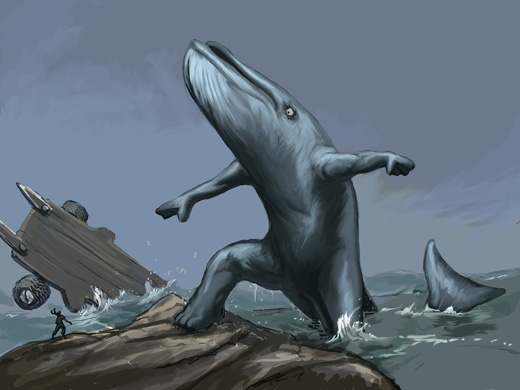 Aubrey's official whale man concept art is released to the public. Fans begin wondering if the whale man may actually exist in the Overgrowth universe.

The whale man offers brief commentary in the map editor tutorial video but months pass with only a few occasional discussions referring to the Whale Man. But the question on everyone's mind is still "Is the whale man really exist?" 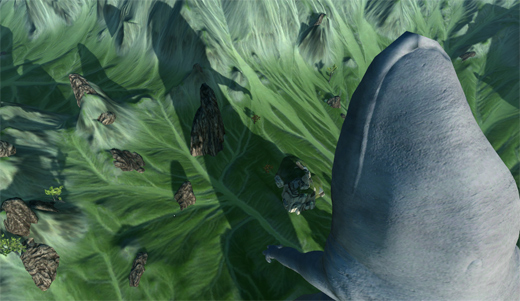 OpethRockr55 takes matters into his own hands and creates an amazing whale man statue. The mesh is loaded into the engine and the Whale Man's enormous shadow is cast across the landscape and is featured as the finish line for the Overgrowth Race Course video.

Nimai reports the whale man has been slain. 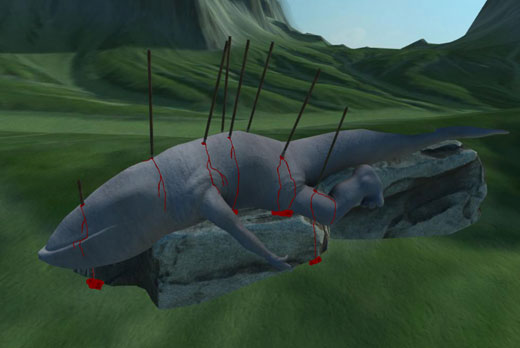 Closer inspection reveals the photograph to be a hoax and the whale is seen alive and well elsewhere pursuing his favorite hobbies like mountain climbing (photo courtesy of Jo-Shadow): 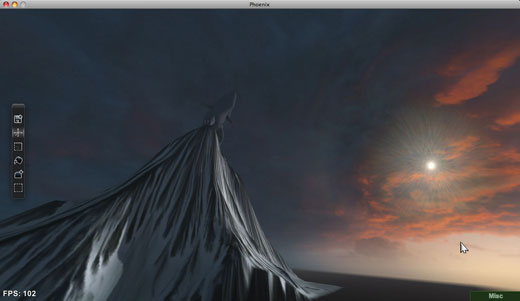 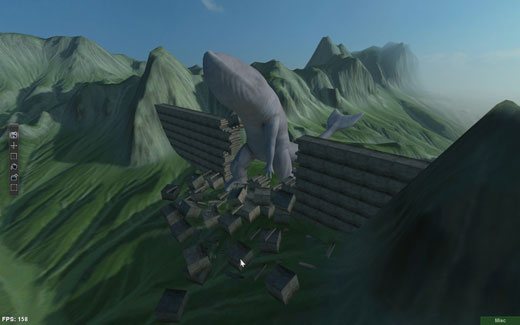 Tim Soret announces that the whale man has shed his stone skin in favor of something more whale like. He releases a video showing the new and improved Whale Man from many angles.

Only time will tell what the future holds for the Whale Man. Originally we weren't sure we were actually going to put him into Overgrowth, but now it appears he's already been built. God help us if the Whale Man gets rigged to our animation editor.

Hopefully this post will be useful to the meeboguest921835's out there. Can you guys recall any important facts of the whale man story that I missed?