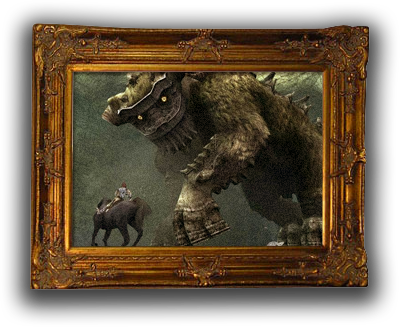 Roger Ebert largely reignited the debate over whether games are art back in a 2005 column, when he claimed that not only are games not art, but they can never be art: "the nature of the medium prevents it from moving beyond craftsmanship to the stature of art." In a later article he retreated a little to say that games could not be "high art". His basic claim is that art requires a completely passive audience, and game players have control over the outcome of the game, so it can't be art.

"Video games by their nature require player choices, which is the opposite of the strategy of serious film and literature, which requires authorial control."

On the other side are many gamers and game developers. Many of the more prominent developers voiced their opinion on this subject in a Gamasutra interview. The notable Tim Schafer put it like this,

"Art is about creatively expressing thoughts or emotions that are hard or impossible to communicate through literal, verbal means. Can you use games to do that? Of course you can."

Denis Dyack took perhaps a more extreme position, that not only are games art, but they are the highest form of art:

"I feel video games are probably the most advanced form of art thus far in human history. Not only do video games encompass many of the traditional forms of art (text, sound, video, imagery), but they also uniquely tie these art forms together with interactivity. This allows the art form of video games to create something unique, beyond all other forms of media. Simply expressed, you can put a movie in a video game but you cannot put a video game in a movie. Video games are the ultimate form of art as we know it."

This debate recurs over and over throughout history whenever there's change - a new art form or a new use for an old one. Ebert's response is like what a literary critic would have said in the 1920's about these newfangled 'moving pictures'. "Well they're all just gimmicks and cheap thrills. Trains coming towards the camera? Charlie Chaplin falling over? I screamed and laughed with the rest of them, but it's just entertainment for the mass market... hardly Shakespeare!"

And you know what, back in his day, some people said the same thing about Shakespeare. It was 'low art'. It appealed to the masses and sold tickets, but strayed far from the pure form of theatre. He broke many traditional rules, for example, by combining drama and comedy, driving contemporary playwright Ben Johnson to state that "Shakespeare wanted [lacked] art". For all we know in a hundred years some aging game critic will be discussing some new fledgling art form and say "Pfah... it's just entertainment... hardly Schafer!"

New art forms and movements are almost never initially recognized as art. Igor Stravinsky is now one of the most famous and respected composers of the 20th century. However, his work The Rite of Spring literally caused a riot the first time it was performed! It broke so many traditional musical rules that many critics and patrons thought it was just noise, not music at all. Similarly, many who care nothing about art know of Claude Monet and his paintings. However, at the time, like other impressionists, his work was heavily criticized for being 'unfinished'... that his paintings weren't even complete works of art. Even the term 'impressionist' was coined in a brutal satire of his work.

How Do Games Fit In?

We know that games contain a lot of things that are already acknowledged to be art: music, acting, painting, sculpting, writing, and so on. For example, if you cut out most of the gameplay of Schafer's game Full Throttle, you end up with a pretty good animated movie. However, just because something contains art doesn't mean that it is art. For example, I would not really be comfortable saying that a museum itself is art. Hideo Kojima extends this idea to games in a 2006 interview, stating that,

"Art is the stuff you find in the museum, whether it be a painting or a statue. What I'm doing, what videogame creators are doing, is running the museum - how do we light up things, where do we place things, how do we sell tickets? For better or worse, what I do, Hideo Kojima, myself, is run the museum and also create the art that's displayed in the museum."

Similarly, even if games are not art themselves, they often serve as a medium for other creations. For example, Red vs. Blue is a comedy show produced entirely within the Halo game. Similarly, games like Little Big Planet and Spore have powerful editors which are used to create all sorts of unexpected settings and figures.

The Demoscene creates a big problem for proponents of the idea that games are not art. Demos are videos, usually set to music, that are rendered entirely in real-time. The demoscene recently started leaking onto consoles, for example with the game Linger in Shadows. They are usually totally uninteractive, so Roger Ebert's argument does not apply, and we can agree that they are art. Let's say we add a button to control the brightness of the screen. Is it now too interactive to be art? What if we add the ability to shift the camera slightly. Is it now not art? If we slowly metamorphose from a film to a game, at what point exactly does it lose artistic merit? This is a question that must be answered by anyone who claims that interactivity negates art.

"Art games" also require an explanation. These are games that are unlike most commercial games: they're not designed to be entertaining, not designed to be accessible, not designed to make money. They are designed entirely for self-expression and communication. One of the most famous of these is Rod Humble's The Marriage. It's important not because it's necessarily good, but because it's unequivocably art, and its message is one that can not be clearly explained in other media. The game is about the difficulty of maintaining a stable marriage, and the only way to really communicate the experience is to involve the player directly in it instead of just watching passively, as Ebert would prefer. Edmund McMillen has made a lot of games focusing on self-expression, such as the excellent Coil and Aether. He prefers to call them 'alternative' games, because he's not striving to make 'art' in the snobbiest sense of the word, but to create games that are independent of the forces that suck the soul out of most commercial projects.

There are even many commercial games that support the argument that games have to be considered art, because like "art games", they deliver experiences that could not be conveyed as effectively in another medium. Here is a small, woefully incomplete, selection. Please feel free to help complete this list in the comments!

Shadow of the Colossus (PS2):

There are two aspects of Shadow of the Colossus (pictured in the frame above) that would be lost in translation to any other medium. First, there's the theme that you can perform great evil with the best intentions, which is made much more powerful because it's you who's doing it. Second, there's the bond between the horse and rider. This is a feeling that is much less accessible in books and film, because you don't directly experience how much of a difference a horse makes in such a barren and lonely landscape.

Here is a video of it in case you've never seen it. Super Paper Mario is noteworthy because it delivers the experience of navigating in an entirely separate dimension from everyone else in the world. This is only possible in a game world because the 2D sidescroller mechanic is so firmly entrenched in gamers' minds as "normal". For this reason, it's almost mind-blowing to switch into 3D for the first time, an experience that could not have been captured in the same way using other media.

What Paper Mario did for space, Braid does for time. Here is a video review if you haven't tried it yet, to give an idea of how it works. Time travel is of course possible in books and movies, but they don't make you think in terms of time travel. The only way to do that is to require the player to solve puzzles using these powers.

So Are Games Art?

I have listed what I consider to be strong arguments that games should be considered art, and some arguments that it might not be. Ultimately, it's up to you to decide what you think, and history will be the judge of your decision. Please let me know what you think in the comments, and if you can come up with more examples of games that make artistic use of the medium: my list is very incomplete!

Posted in Art by David Rosen

Indie Friendly Online Distributors Conflicts of interest in the IGF