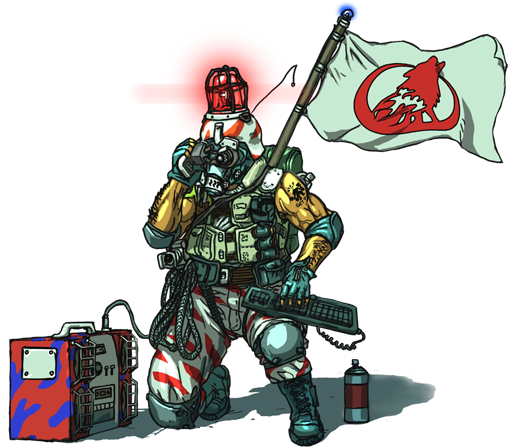 Hey guys, here is a small update to Overt Ops. In case you don't know what this is, the idea is basically that Wolfire is a tiny, indie game company. However, the world is a huge place. While we can contact most of the video game magazines and websites in the US, we don't even know the first thing about the video game industry in say, Germany.

Thanks to Overt Ops, John is now an international man of mystery, and we are gradually getting more and more coverage abroad! We still have a long, long way to go, but as we continually improve Overgrowth and keep building momentum, I am hopeful that one day people will recognize my Wolfire t-shirt -- instead of complimenting me on my awesome "FireFox" t-shirt.

We have added a number of new languages to our press section and have a bunch of new Overt Ops. Recently added languages include Korean, Traditional Chinese, Danish, and Romanian. We also have Latin, Pig Latin, and Pirate, for our fans in the Vatican as well as on the high seas.

Here's a full list with a lot of pretty flags (although I realize flags are kind of a dumb idea, in the case of "traditional chinese", for example) and here is the Overt Ops page.