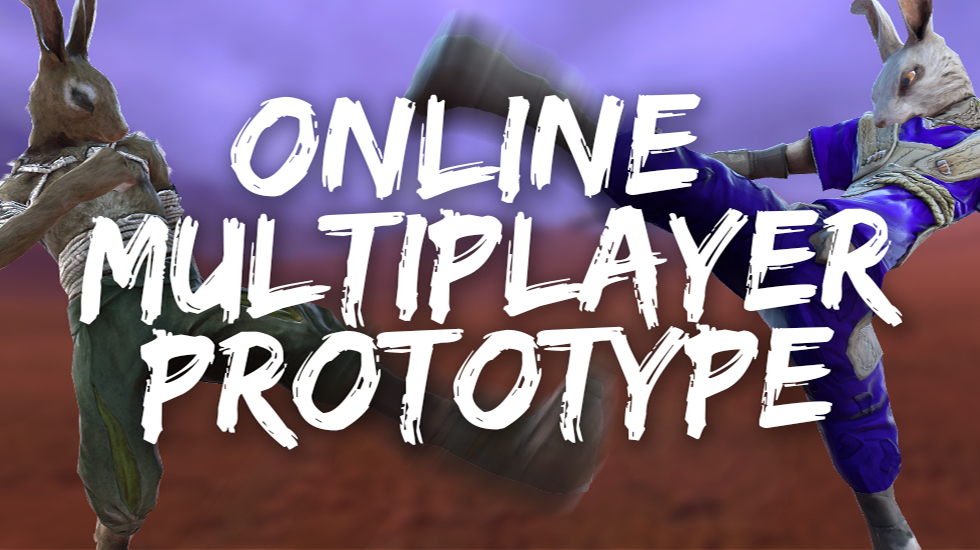 As a lot of you know, Overgrowth has been a beloved project for us at Wolfire and for the Wolfire community at large. The love for the game has never failed to humble us and we are so grateful for all the people who have played it. The continued enthusiasm for Overgrowth from the community and from us has pushed us to always try to make the game better and better wherever we can, and one thing we have wanted to implement into the game for a long time is the ability to play with friends. Of course there already exists a way to fight against your friend in a local setting but for a long time a goal of ours has been implementing online multiplayer to the game.

After a lot of work, and a lot of problem solving, we are delighted to announce that we have finally created the functionality for multiplayer in Overgrowth. Not only can players now experience online multiplayer together, but from this base functionality we can grow and improve it. Thanks to the hard work of our developers we have now released a new branch of Overgrowth on Steam that allows you to play the game with other people online!

The multiplayer is very much still in development and there is so much more functionality we want to add to it, but we do feel that it's in a state that's very enjoyable to play. Allowing the Overgrowth community to experience the game in this state means we can gather useful feedback to implement into future versions.

So how was this done? How was online multiplayer added to a game that had none of the groundwork for this feature at launch? Well luckily Carl and Moz have teamed up to create an in-depth video on how we added online multiplayer to the game, as well as a ton of more interesting details about the process. In the video Carl breaks down the stage at which the feature is currently working and some of our plans for its future.

We can not wait for you to try Overgrowth Online Multiplayer yourself and to hear your feedback. If you are looking for people to play the game with or run into any issues, we highly recommend checking out the Overgrowth channel in our Discord server. We will continue to work to improve the multiplayer experience in Overgrowth so that everyone can enjoy the game with others.

Posted in Overgrowth by Cameron Morris