The Humble Frozenbyte Bundle has just broken $700,000 in sales with Notch and Garry Newman dominating the top contributor board. Keeping the Humble Bundle tradition alive, Frozenbyte has just released the source code for its classic, top-down, space marines vs. aliens shooters, Shadowgrounds and Shadowgrounds Survivor. Anyone who has purchased the bundle, can now download the source files from their Humble Bundle download page. We've seen a lot of fun projects emerge from the source code during previous bundles (like Aquaria getting ported to the PSP) so we are excited to see what happens next. 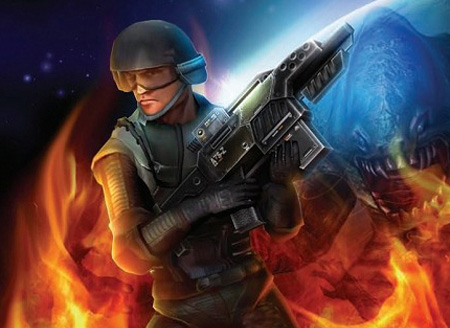 Also making it's public debut in the bundle is the Trine map editor. It's Windows-only but should be pretty fun for people to experiment with. There are less than 5 days left in the promotion so if you haven't been there already, check out the Humble Frozenbyte Bundle now!

Adding to the open source frenzy is Puppy Games who, as promised, recently released the source code to Revenge of the Titans.