As some of you may have heard, I've been hanging out at E3 this week. My week started out a little rocky when I was road-tripping to LA with a friend on Monday and 3 hours into our drive from San Francisco, our car lost oil pressure and blew a rod. My friend was able to coast us into a gas station repair shop but since the engine fixes were likely to take more than a day I was hoping I could find other means of transportation so I wouldn't miss the conference. As luck would have it we had broken down adjacent to a Greyhound bus stop so my trip was easily salvaged.

Exhibit floor passes are free to "industry professionals" and because Anton Riehl was kind enough to house me it's been a humble and economically feasible adventure. 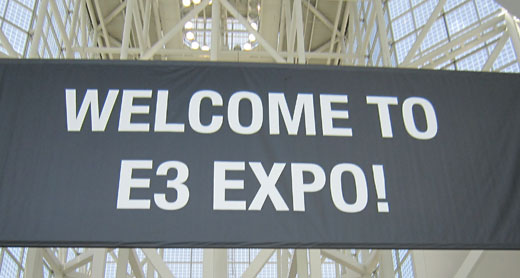 I don't have a "media pass" which is the fancy pass that gets you into the all the major press conferences. However, even if I did have one, there'd be no way for me to best the E3 coverage that you guys have been getting on sites like GameTrailers. However, there may be a few things I can mention which you might find interesting.

Last year I did a post about the models of E3. Some people find it controversial that models are used to promote games but I thought others might be disappointed if I didn't maintain the tradition of looking for more photo ops again this year. See more on the Overgrowth Facebook Page. 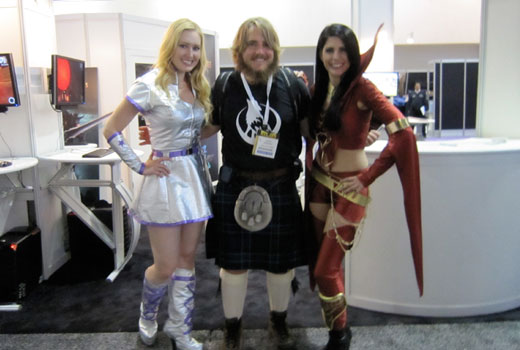 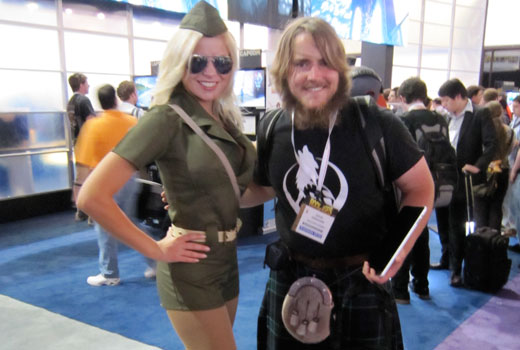 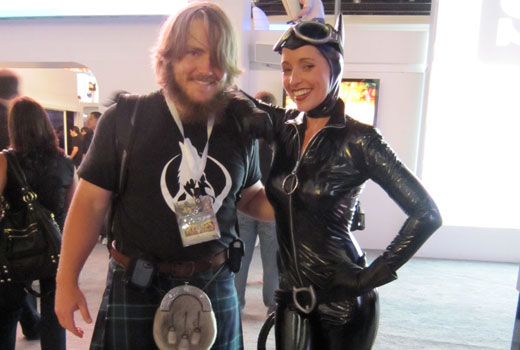 Last year I was able to meet Richard Marcinko who founded Seal Team Six so that was pretty cool. This year there were a few more famous people I ran into. 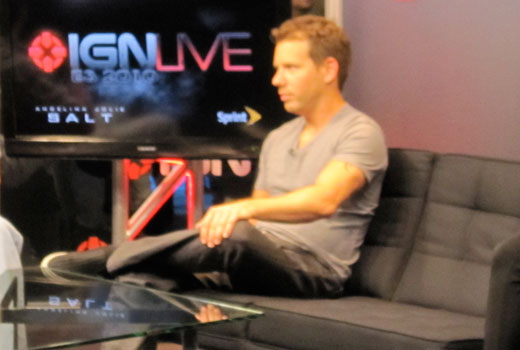 Cliffy B was getting interviewed live at the IGN booth as I walked by. 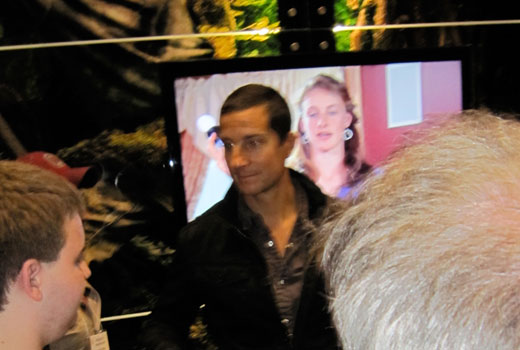 Bear Grylls is going to launch his own Man vs. Wild video game. They had a pre-alpha version on display at the booth but I didn't get to see much of the gameplay. He was there promoting his game in person. 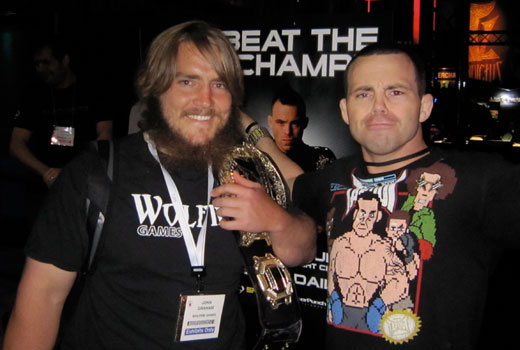 Jens Pulver is quite an accomplished MMA fighter. I'm really glad he didn't feel the need to engage me in close quarters combat.

The indies have organized their own little party scene so it's been great getting to hang out with them. However, we've also managed to sneak in to some larger mainstream ones. It's been pretty fun to be able to talk to mainstream industry professionals and when they ask "What do you do?" about 50% of them have already heard of the Humble Indie Bundle.

IndieCade is perhaps the most awesome thing about E3 for independent game developers. It serves as a way for select indies to get space on the show floor without getting charged an arm and a leg. There were quite a few awesome games on display but the ones I really sunk my teeth into and enjoyed were Miegakure, Hazard: Journey of Life, Sand Castle - Prelude and Puzzle Bots. Maybe in a future post I can talk about them more.

There's still one day of E3 left so I had to rush to finish this post before running off to the conference. What have you guys been most excited about? Most of the press guys I ask say they are most psyched about the 3DS. I have posted an initial wave of photos on the Overgrowth Facebook Page, so feel free to check them out.

Evolution of the Wolfire Logo Thoughts on OnLive