Tonight we had the great honor to hear Will Wright, one of our favorite game designers, speak in Berkeley. He gave the room a lightning fast summary of his entire game development career and answered a number of questions. Here is a summary of the interesting takeaways we can remember. 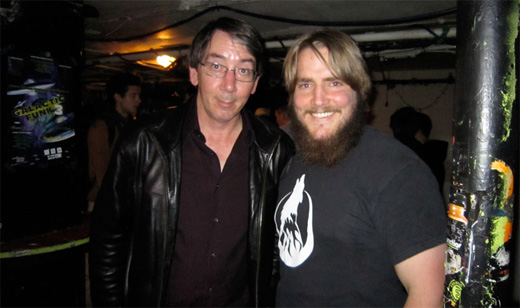 Will Wright and John

Despite his huge success he is an extremely humble and approachable guy. One of the themes he mentioned for Maxis' incredible rise to glory was "accidents that worked".

Contrary to the mainstream industry at the time, Wright decided to build SimCity for Mac. He largely attributes SimCity's appearance in Time Magazine (the magazine's first game review) to the fact that the editor was a Mac user, and SimCity was one of very few Mac games.

Wright only sold 20,000 Commodore 64 copies of SimCity (in a market of 17 million C64's), but the console version in Japan alone (a smaller market) sold a million copies. Wright attributes this to the fact that it was not really possible to pirate the physical console cartridges, while casual piracy was rampant on the C64. 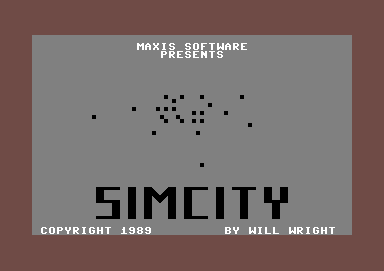 SimCity on the Commodore 64, courtesy of Moby Games

We also learned that The Sims, which has become the best selling game of all time, was panned internally by most of the Maxis team. It was actually the EA execs who had just bought Maxis which saw the game's potential and ended up giving Wright the green light.

Wright acknowledged that burnout is a huge problem for game developers. He mentioned that about 30% of game developers quit after their first mainstream project. Working twice as long everyday often doesn't lead to being twice as productive. Since game development is a marathon not a sprint, it's important to set the right pace.

He has seen teams of all different sizes and noted that there seem to be "black holes", particular sizes of team that just seem fundamentally flawed. He said his preferred team size is about 25 and referenced the "hollywood production team model"; a relatively small team of professionals who are highly qualified and can assemble outside contractors if needed.

Wright is currently working on the Stupid Fun Club which will branch out to multiple forms of entertainment media. This is directly in line with Wright's closing thoughts; that interactive entertainment is becoming platform agnostic. Wright predicts that perhaps the most successful game in the future will be the one that finds a way to bring all platforms together.