At one point we were interested by the idea of an iPhone space shooter. For fun, I did a couple test assets to show what it could look like. 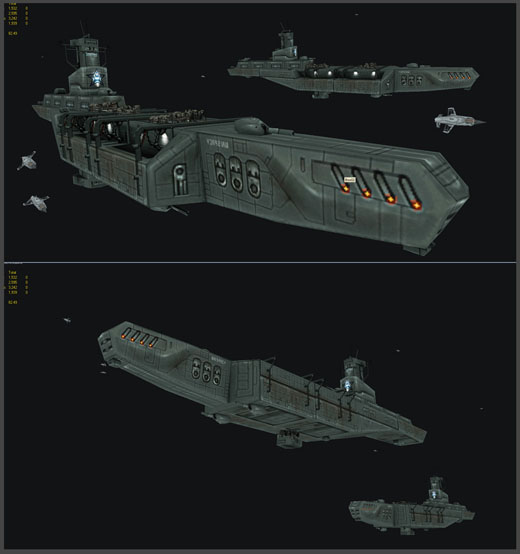 One of the interesting things about the iPhone hardware is that although it can display very few triangles, it has an enormous amount of texture memory compared to it's screen size. The overall idea for these assets were to make them look a lot more detailed than they really were by carefully managing the shading and silhouettes. One trick to make the silhouettes look more interesting was to use transparent elements to show struts and antennas. 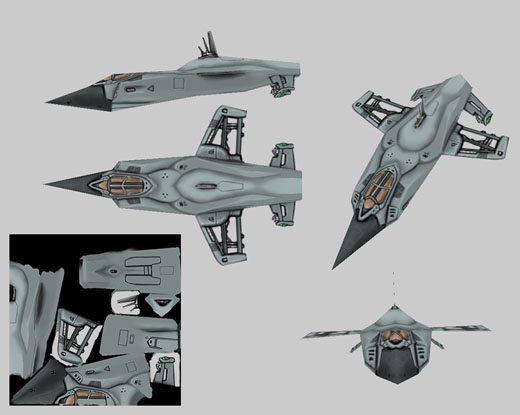 We decided not to spend much time on this idea, but since David and I have a fair amount of iPhone development experience, Wolfire could decide to make an iPhone or iPad game at some time in the future.

Although we are planning on staying focused on Mac, Linux and PC, what do you think about Wolfire making an iPhone or iPad game after Overgrowth? If we made an iPhone game, what type of game would you like to see?

Yet more terrain! Freedom versus Challenge