Sometimes it's intimidating to look at the credits of modern games: it's not unusual to see hundreds of names scroll by. How can we possibly compete with that? We're just four guys -- why should gamers play our game instead of big titles like Halo, Assassin's Creed or Gears of War? Do I think there's more talent in the four of us than in those entire studios? 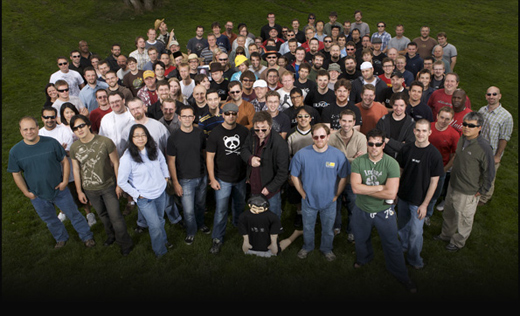 Of course not! That would be like saying that a small band has more talent than a philharmonic. In reality, the average musician in an orchestra is likely to be more skilled than the average band musician due to higher levels of competition. However, most people enjoy performances by small bands more than they enjoy performances by orchestras. How can that be when the orchestra has so much more total skill?

What does the audience want?

I believe that this applies in the same way to games. When I play modern games from the major studios, I'm impressed by the excellent technical craftsmanship behind the game engine and audiovisual presentation. Levels flow well, with a wide variety of settings and strategies. The progression introduces rewards at just the right time to keep me playing. There's just one problem -- I'm not having a good time.

The 'orchestra' development paradigm makes it impossible to focus on the big picture. Even if everyone plays his or her part perfectly, the end result can be no better than the sheet music they are working from. This is why in the music world, the orchestra is usually completely separate from the composer. This is also true in film -- the film studios look at many scripts from many screenwriters, then pick the best one and make it into a film.

The gaming industry is, for the most part, too new and immature to work like this yet. The designs that turn into games are not selected through an exhaustive competitive process that funnels the creativity of hundreds of designers. Instead, the high-level design is simply copied from other games and sold with a new coat of paint, or created randomly by a high-level executive on a power trip.

There is one exception that proves the power of separating the design from the orchestra, and that is Valve. Their most popular games -- Team Fortress 2, Portal, Counter-Strike and Left 4 Dead -- all used to be small mods or student projects. Valve saw their potential and polished them into the hugely successful franchises that they are today. 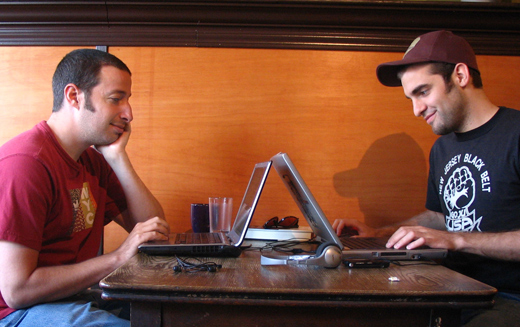 Why form a band?

Most game developers came to the field with the dream of one day creating their own game based on their own idea. The most effective way to do that, as in music, is with a small 'band.' While bands don't have the manpower to match the technical mastery of the orchestras, they can play songs that they care about, so their creativity and passion help them reach their audience in a more personal way.

To put this more precisely, the bottleneck for the player's enjoyment of modern games is the game design. The 'orchestra' paradigm is effective at implementing designs with technical mastery, but ineffective at producing new game designs, and can only function at its full potential when separated entirely from the design process. If you want to create games of your own design, you're better off starting your own small group than getting lost in a large studio.