If you follow the blog you probably already know we work on Overgrowth almost all the time. You may be wondering if we have any time off at all. Actually we do. Unlike a regular game company we don't really keep normal hours. It is kind of understood that we are going to work on the game as much as we can without completely burning out. I usually take days off when I need them, which means that some weeks I work all seven days on Overgrowth, while other weeks I may take a few days off to recharge.

Let me give you some background information first. Recently I have been noticing all the cool games that are made by a person working alone; David made a bunch, and there are all sorts of other people out there who have made really awesome games too. I have been trying to make games for a long time now, but I have never finished a game I could call my own. I was feeling kind of down about it since I don't have any excuses.

This got me thinking about what kind of games I could make on my own, since I am not really good at programming. One thing that came to mind was making a point and click adventure. There was a game I really loved on my NES called Shadowgate. I got pretty excited about this idea and started to draw: 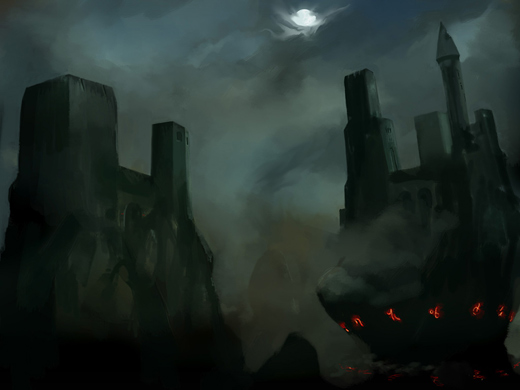 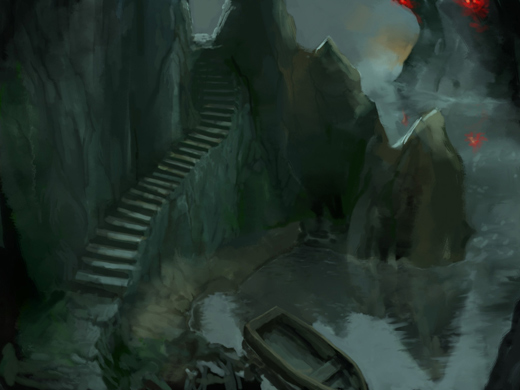 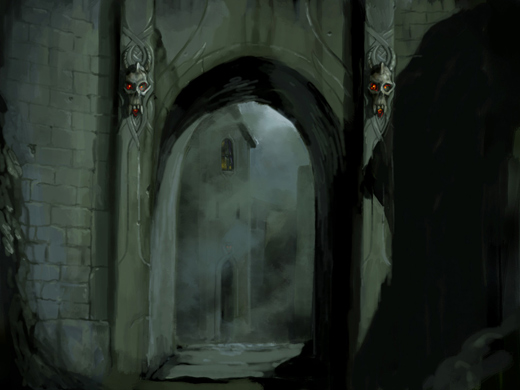 I had all sorts of crazy ideas about cool puzzles and neat settings. I had some good ideas for what I was going to draw next so I jumped right into it: 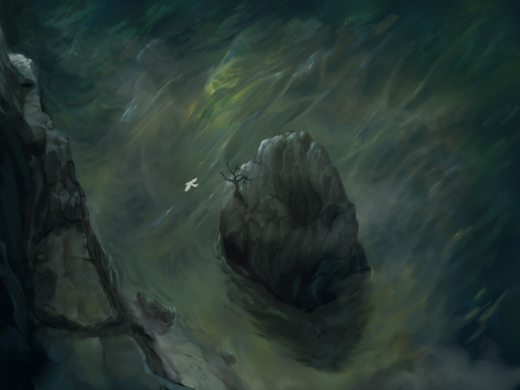 After I drew this one, I started to think "how am I going to animate that bird?", "maybe I should put the clouds on their own layer so they can move around", "It won't look right without a way to make the ocean animate" 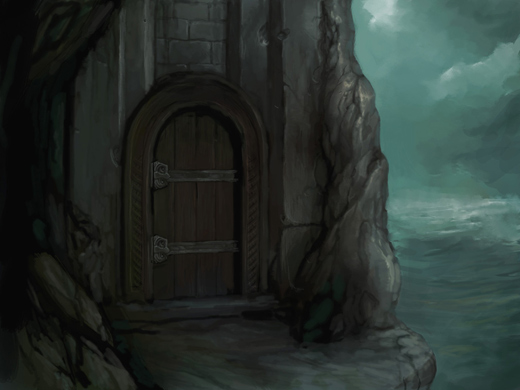 At this point I began to think of all the problems, and ways it would be cooler. I couldn't do animated characters or monsters without help. I could ask David, but then it wouldn't really be "my game" anymore 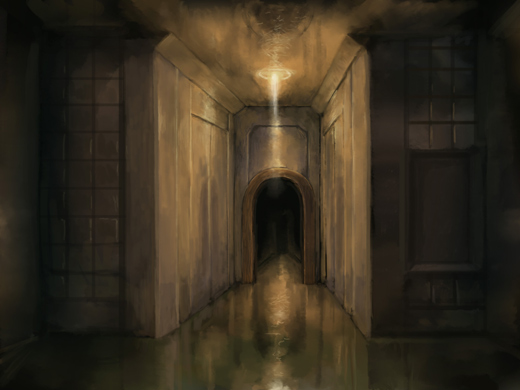 I finished this and I wasn't even very happy with it. I was starting to realize how great it is to be able to work with a team that is really good at what they do. I can work on making cool art, and they can work on making the game fun and having all the technology work. Overgrowth is going to be so awesome it would be crazy not to want to spend all my time making it as good as possible anyway.

But in a way I was still working on stuff for Wolfire. Who knows what game we'll make after Overgrowth is done. We are always thinking of new cool games to make, and I could add this one to the list. I even tried out some new painting techniques to make these and I was pretty happy how they worked. So when I woke up today I made an Overgrowth concept using my new techniques: 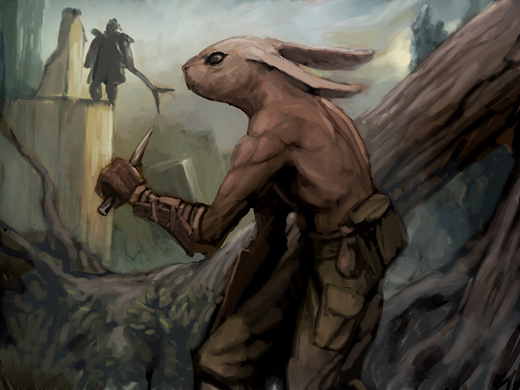 Now that is a game I want to make!