There is a formula to game plots, which goes like this. The leader of an evil conspiracy kidnaps or kills the player's family and friends. The player then destroys the evil conspiracy by killing the conspirators one after the other. Along the way, he usually discovers that his 'friends' are actually part of an even worse conspiracy, so he kills them too.

If you look at any action game, odds are that you will see this pattern repeated, with only slight variations. Recent examples include Bioshock, Splinter Cell Conviction, Modern Warfare 2, Assassin's Creed, Dead Space, Fable 2, and Mirror's Edge. This isn't just limited to games; most action movies and tv shows follow the same general structure.

Why is this? Is there only one possible storyline? As usual, the truth is much simpler -- this is just the plot that most easily explains one guy killing a lot of other guys. To explain why, I'll go through my thought processes when writing the Lugaru storyline.

The gameplay is mostly about infiltrating enemy camps and killing everyone. To do this, the main character (Turner) has to be a fearless, motivated warrior. To be fearless, he must have nothing to lose, and to be motivated, he must want something badly enough to kill for it. We can achieve both of these at the same time by making him seek revenge for his murdered family and friends! 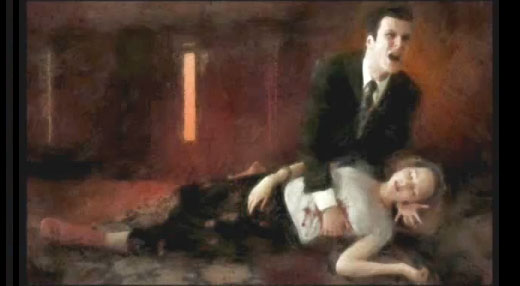 Max Payne is one of many games with the same start.

But wait... it only takes a small group of guys to kill his family and friends, and a skilled warrior could exact revenge in a single battle. We need the game to last much longer. An easy way to do this is with a sort of vengeance domino effect; every time Turner kills the leader of a group of enemies, he finds out that they were just working for a whole new group of enemies. The raiders who killed his family were just pawns in a chain of conspiracy. 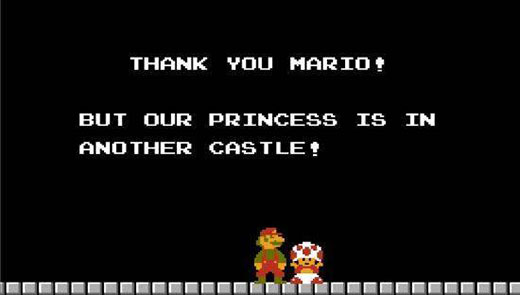 One of the earliest examples of this game story technique

Eventually, he killed too many enemies for revenge to make much sense anymore, so he needed a new motivation. For this reason, as he was investigating his family's murder, he discovered it was part of an even wider conspiracy to enslave all of the rabbits on his island. His motivation started to transition from revenge to stopping this plot... essentially, saving the world.

This constant transition from enemy to enemy gets a bit repetitive after a while, and one way to mix it up is to add "plot twists": revelations that change the character's understanding of previous events. I added several of these in Lugaru to help keep the player interested.

The end result was a story that starts in revenge and ends with saving the world after going through a few plot twists. In short, it was much the same as every other action story. However, at the time I wasn't intentionally following any formula -- so how did it end up this way? I think that's just how action stories always end up using this process -- when it is designed primarily to justify one guy killing a lot of other guys.

To achieve deeper and more varied stories, the most important thing we need is something meaningful to say. This seems obvious, but is also what is most obviously missing in game writing. With Overgrowth, the idea I am leaning towards for the story is to explore real consequences of violence -- focusing on different levels of force, when they are needed, and when they just make things worse.

Do you have any ideas about how to make sure that Overgrowth has a solid story, or what themes we could explore?