This is a guest blog post written by Henry Kropf, the developer who ported Black Shades to the iPhone. Seeing as today is BSi's birthday it seemed fitting to share the story of how the game was born.

Fast forward a couple of months. I had been playing around with test programs for my iPod Touch, including a game Aubrey and I were kicking around, when I suddenly felt inspired to see if Black Shades could even run at all on a touch. So after a fevered night of coding, the first non-buggy build stunned me when I saw a VIP walk across my screen! 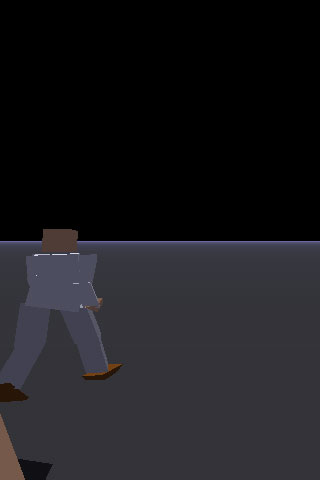 Puttin' on the Ritz

So after a week or so – virtually everything from standard Black Shades was running. There were some fun bugs, like enemies rotating their bodies weirdly and aiming from under their legs (turned out to be the case sensitive filesystem of all things)... 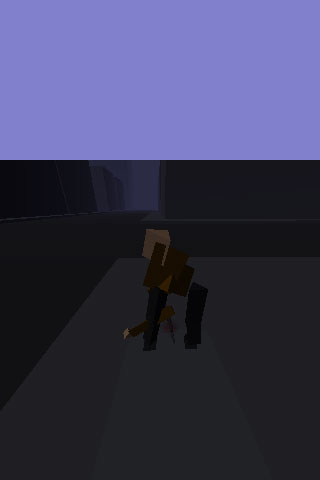 ...but now it was time to optimize the framerate as much as possible and add a menu system.

A lot of optimization for BSi came from optimizing texture usage. On an iPhone, switching textures is very expensive, so the BSi particle system was overhauled to limit texture swapping, making the rainy/snowy levels run about as fast as their 'clear sky' versions.

Along the same lines – the main menu system and control overlay was set up to use a texture atlas so that everything could be drawn with no texture swaps. 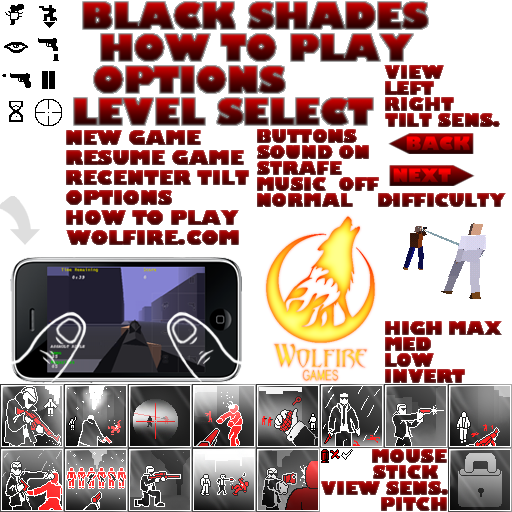 In the home stretch I found an incredibly weird bug, that could have been something weird with hardware (as I've seen this sometimes in other games on my Touch). I would occasionally get a frame that locked up the game for multiple seconds. It was hard to reproduce except on the zombie levels, so once I found a plausible solution, I settled down to play the zombie levels of the game for 6 hours straight. This was extremely painful.

By the time we released on February 26th 2009, I had learned that while it's fairly easy to port an old OpenGL 1.x program to the iPhone, but you will spend a large amount of time implementing a new touch compatible interface and controls.

Thanks again Henry. If you haven't had a chance to try BSi already you can find it on the app store here.