Hale, the creator of Foothold, recently unveiled a new masterpiece called Riverhust. With 12,178 objects, it has four times the detail of Foothold (which only contained a meager 3,233 objects) and uses a clever technique to simulate the appearance of water. 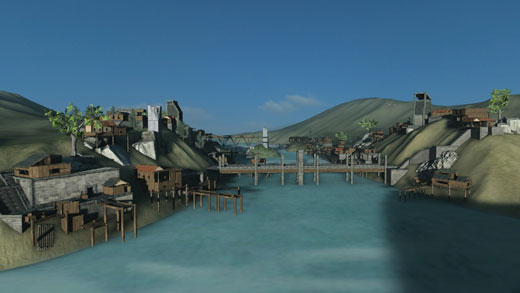 Every house along the river bank has been built to scale to accommodate a walking tour for Rabbot and each has its own style. There are way too many houses to showcase them all in one blog post, but you can find additional screenshots on our Facebook page. 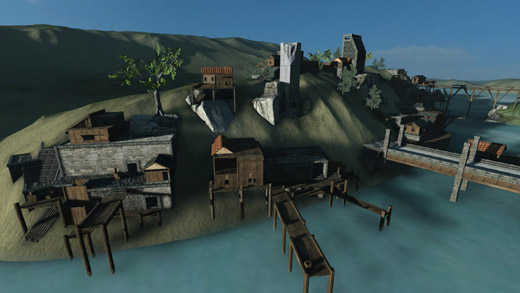 I had a chance to ask Hale about what had inspired him to undertake such a big project and here's what he said:

"So, I started production on this map right around July. I suppose that'd be Alpha 34 then. After I finished Foothold, I was at a loss as far as what I could do to surpass it. I was originally going to make a city in the Desert map, but I lost inspiration for that quickly. I made a tutorial for that Wiki that was being made. Turned out that [tutorial] was the first building to make it into the map. I thought this map would need to have at least something which hasn't already been covered in Overgrowth, so I decided I'd put water in it. Building by building, I slowly made the coastline of Riverhurst." 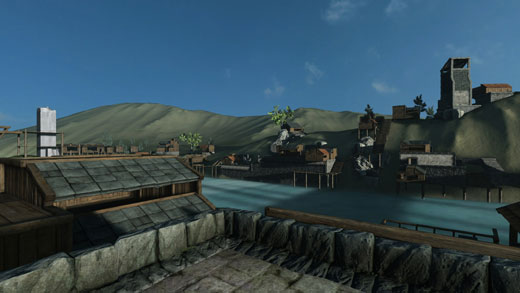 In terms of the architecture itself, Hale said he received inspiration from the seaside cottages of Kennebunkport, Maine. He also wanted to give a shout out to Zam for keeping him motivated and offering fresh perspectives on the project along the way. 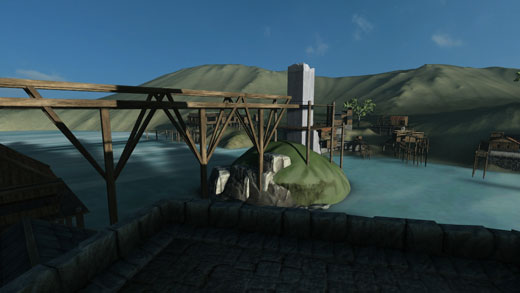 I will say that unless you have a high-end, brand-new computer right now (Dudeman I'm thinking of you and how you brag on Meebo about getting 200 FPS on Foothold), you won't be able to get a great frame rate in Riverhurst. However, it's still incredibly fun to explore and without too much additional work, Riverhurst could be turned into a library of prefabricated houses that modders could call on for future projects. With Hale's permission the Riverhurst XML should appear in SPF soon.

Hale wouldn't tell me what's lurking below the surface of the river but I wouldn't be surprised if there's a whale man hiding in there somewhere. What do you guys think?