Because one of my roles at Wolfire is to offer support to people using the Overgrowth alphas, I do my best to maintain a good working of knowledge of our editor tools and how they can be used. One of the ways I try to keep my skills sharp, is by wrestling with little projects like object characters.

This character I call Rabboss. He's a bit shy though so don't say anything mean about him to his face. 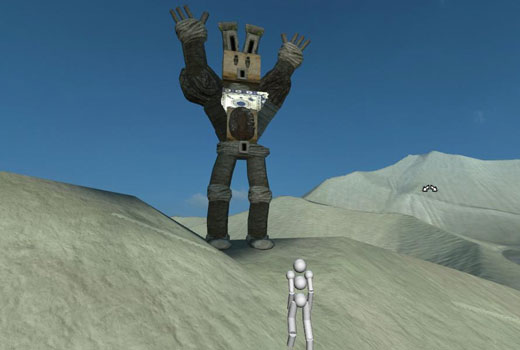 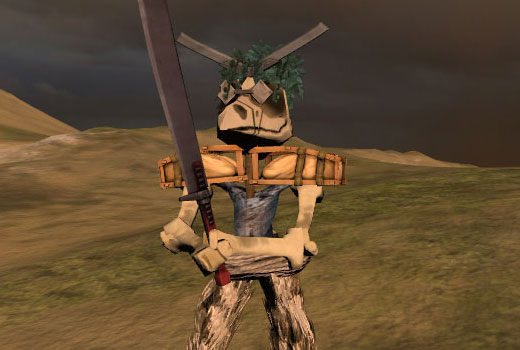 Unfortunately, I don't think the two are getting along. 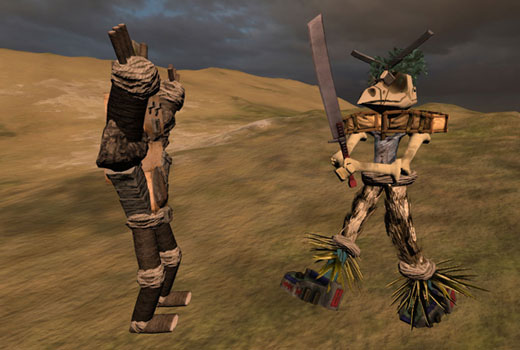 I posted the XML files for both Rabboss and Birdman in the Secret Preorder Forum so people should feel free to grab them and play around with them in their levels if they wish.

It's actually pretty fun and easy to build characters like these. They require less objects than a full on custom level project and because they are made out of random objects, they are allowed to look silly. It was awesome to see that soon after I posted Birdman, Silverfish joined in and made a dapper chap of his own. 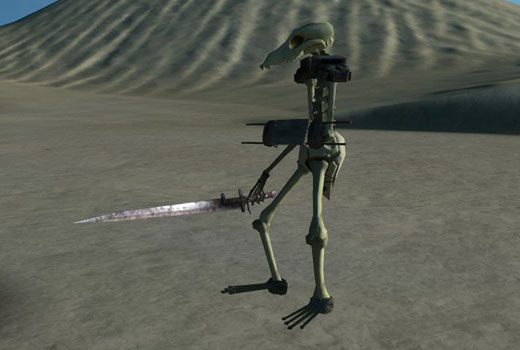 It's come to my attention though that people may not be aware of a couple key modding controls. Here's what you should know if you want to attempt your own character.

It takes whatever you currently have selected and saves it as its own XML object file. Whenever you are trying to make something fancy, use Ctrl-Shift-S a lot and never overwrite a previous saved file. When I made Birdman I saved about 10 copies of him along the way. I didn't end up having any problems but if I had, it would only have cost me a few steps. Avoid Ctrl-S because it overwrites to the same level file every time.

Q is "Deselect All"

The alphas are currently configured so that when you are not using the omni tool and you have something selected, if you try to move the camera, you will also end up affecting all the selected objects. Pressing 'Q' is the fastest way to deselect everything so the camera can be moved by itself. This issue should disappear in the next few alphas.

Are there other major modding tips that I'm forgetting? Feel free to leave tips in the comments. Also, does anyone think they can design a character that can beat Birdman (excluding OpethRockr55's whale man which could squash Birdman with his pinkie toe)? It's going to be tough but if someone can do it, we'd probably have to feature it on the blog.