Whenever we post a new model for Overgrowth, a comment we often get is "there's no way that can go in the game -- there are way too many polygons!" That is true. However, we can simulate it pretty well using normal mapping. I'll save the technical details of what a normal map is exactly for another blog post, but the basic idea is pretty straight forward: we make a lower polygon model and simulate the missing geometry with a normal map.

Here's an illustration of why this is important, using the new character I'm working on (with a few of the changes people suggested in the last post). On one side is the normal-mapped game character and on the other side is the sculpted version. It gets kind of hard to tell them apart in this view, even though one is highly optimized. 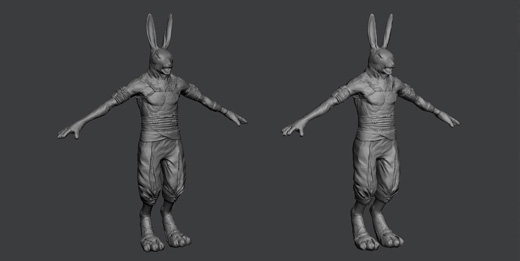 Although, when looking at the wireframe it's not hard to tell at all. 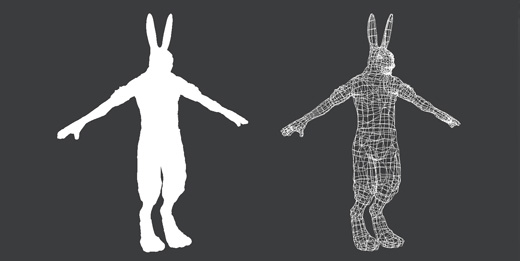 You may be thinking the one on the left doesn't look much like a wireframe, but you just have to zoom in. 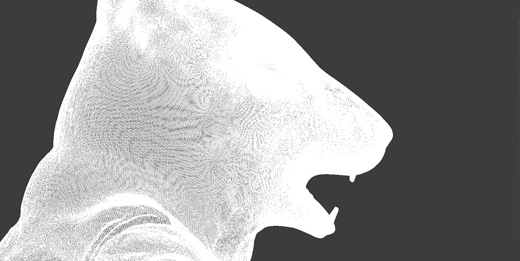 Thanks for all the feedback on this character! His outfit is inspired by African tribesmen -- what other sources could we use for inspiration?