This is a guest blog post from Anton Riehl. He is an awesome musician and is responsible for enhancing the Overgrowth soundtrack with live flutes.

When I first approached Mikko about helping with the music for Overgrowth, I asked myself, What can I add to this music to make it more complete? My first instinct was a technique we use when scoring music for picture, to have at least one real player. Having a live instrumentalist as a soloist helps to cover the most obvious drawbacks to a synthesized score. It adds expression, phrasing, and breath to a sound that cant mimic those human elements. When listening to the demos, it seemed clear to me that a wood flute would fit the mood of the music, and the Island of Lugaru. 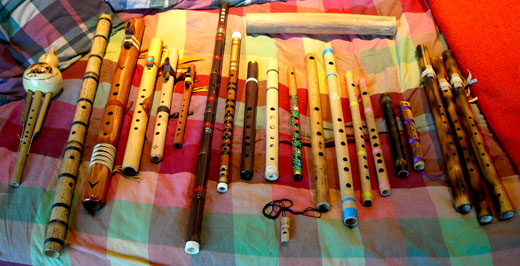 So we began discussing what music the flutes might fit in, and what flutes to use. With wooden flutes, you dont have the luxuries you have with regular flutes, because the range and scale are severely limited. Most wood flutes only play about one octave, and are usually not chromatic (able to play every note in a scale). With these limitations, if you plan to write for wood flutes, you plan which ones you will use, and where they will play. Since Mikko had already written most of the music by the time we began discussing flutes, we instead had to find flutes that had a close fit, and adapt them from there. We ended up choosing a Native American Cedar flute, because it covered most of the range, but also had a dark and mysterious tone to it. 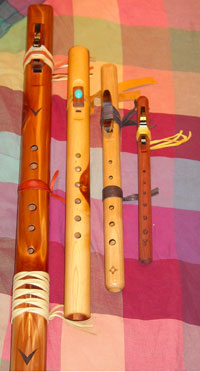 The process from there was a little unusual as well, since we live some 6000 miles apart. I set up an ftp that we would use to transfer files back and forth. He would send me audio files with the music the way he wrote it, then another version without the lead line, as well as written music. I would then do some recordings, and send him back the flute performances, with a method to line up the music in his session. He would then pick the takes, add reverb, or ask for changes. 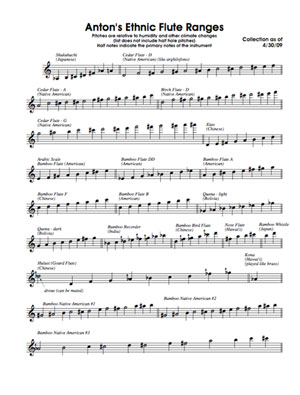 At my studio I recorded the flutes using an EV 635a mic, straight into either Digital Performer, or ProTools, depending on the day. I really liked the sound of the 635a on the flutes, because it is a particularly old mic with a very dark tone. It also gives the flute a more lo-fi quality. One of the benefits of using DP is that it has some very useful pitch correction tools, that dont change the sound the way a program like Autotune does. There would be several times that the flutes simply wouldnt play the notes we needed, so I would play the closest note as possible, and then shift it to be correct. I tried to still perform this in one pass, so that the lyrical phrasing would not be compromised, but often would have to play notes that sounded horrible while recording. Luckily for everyone else involved, I was the only person to suffer this.

Are there any other ways you would like to hear the flutes used?

What are indie games? Overgrowth alpha 39