A lot of people have been asking us about stealth in Overgrowth and how we plan to take it a step beyond what was done in Lugaru. An exciting avenue of stealth, which Lugaru didn't explore, is camouflage. I can think of a few reasons why this might be awesome.

In the real world, making legitimate camouflage is hard. You spend countless hours sewing your Ghillie suit together, adding twine and tying on vegetation from the environment but at the end of the day perfection is elusive. Here is a demonstration of the Ghillie suit I made with some buddies in high school. If it was dark or you were in a hurry you might not notice me. However, in broad daylight when you know I'm in the frame somewhere, you can identify part of the hill that doesn't look quite right. 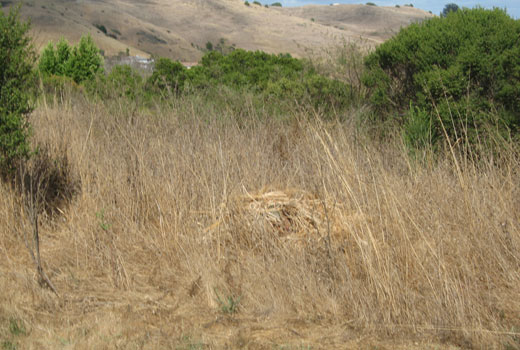 In a video game you can have surgical control over every detail. So if you want to make a character look like a bush or lumpy patch of grass when he crouches, you can choose to make your camouflage as perfect as you want.

When camouflage is in play, suddenly the beautiful countryside loses its warmth. The quiet breeze blowing by isn't a comforting suggestion that no one is around and you are safe, but rather a reminder that enemies may be lurking and you can't see or hear them. It's kind of like taking a beautiful scene and putting up a sign in front of it that says "Warning Minefield". Although at least when you stand still in a minefield, the mines don't jump out from behind you and give you a tracheotomy. 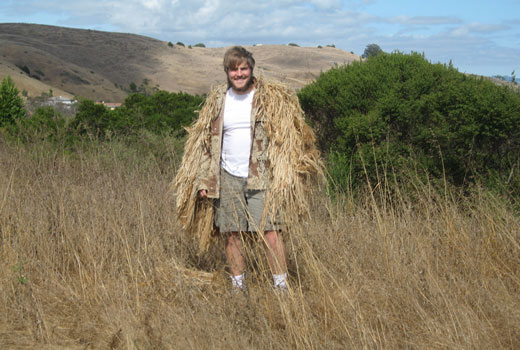 It can be very exciting to have an enemy nearly walking on top of you, knowing that if you move a muscle you will be spotted. So you just have to sit tight and remain silent. Then once he turns his back, if you time it right, perhaps you can sneak up behind him and finish him off.

Camo Blends In Well With Overgrowth

Not only does Overgrowth's natural setting lend itself to camo, but smaller creatures like rats would likely depend on it as a means of avoiding direct confrontations with larger creatures. We have already seen examples of this in Aubrey's concept art. 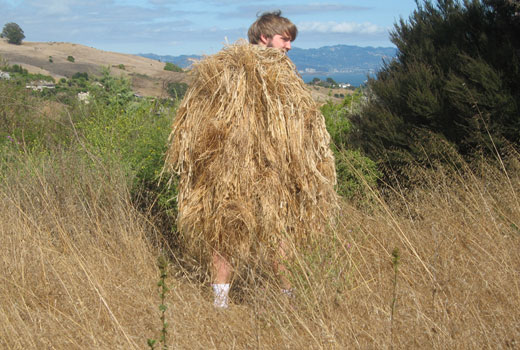 A full view of the Ghillie suit.

We're planning to re-capture the smell, noise and direct line of sight detection factors that David carefully incorporated in Lugaru's stealth gameplay. However, how would you feel about adding camouflage elements into Overgrowth as well? Can you think of any games that made camouflage work really well?

Armor Types in Overgrowth A few highlights from SIGGRAPH 2009