This topic spawned out of a conversation the Wolfire team had at dinner last night and I wanted to share it with you guys to see if we could get some feedback that will help us as we craft Overgrowth. First ask yourself "When have I really cared about a character in a video game that wasn't playable?" (I take it for granted that all players at some base level tend to care about their own character.)

Now ask yourself "When have I really cared about a character in a book or movie?" In books and movies we can't control anyone at all so everyone is arguably a non-player character (NPC). However, based on discussions I've had, I have the impression that movie and book characters tend to pull on our heartstrings more than NPCs. Personally, I know that I respected Obi-Wan Kenobi more than Deckard Cain and worried more about Valentine Wiggin than Alyx Vance. So what's going on here? What stops us from taking NPCs seriously? 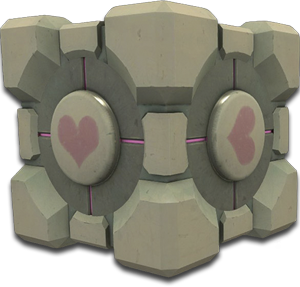 Perhaps the uncanny valley hurts the credibility of game characters. Why take something seriously when it looks jarringly unreal? Movies get to use real people and books render characters with the reader's own imagination so these media get to completely avoid the uncanny valley. At the same time, if this explained the whole issue how could movies like WALL-E make us feel so attached to CGI robots?

Interacting with a world should make it more immersive. However, perhaps because player interactions are limited to a finite set of pre-programmed activities, every action is in some ways a reminder that the player is only playing a game. There's no reason to get too worked up about the well-being of the pawns on your chessboard (unless maybe the pawns make you laugh).

Modern games are full of quicksaves, checkpoints, regenerating health and other devices that make it OK for the player to do things wrong and rewind like nothing ever happened. If we could live our lives this way we'd probably be inclined to take the real world much less seriously. Part of what makes a book or a movie so suspenseful is that every new development is meaningful. There are no do-overs.

The easiest way I've seen games motivate players to have feelings towards NPCs is to have them directly affect the player's character. If an NPC regularly gives your character better items or stats, you're probably going to like him and make some efforts to keep him alive. If an NPC takes things away from you, you'll probably dislike him and want to get even. Of course, such NPC relationships are very shallow.

Do you think it's fair to hold video game characters to the same standards as book and movie characters? What NPCs have had the deepest impact on you and why?

What tools does an artist need? Decals editor ~ part one