After my last hotspots post, a few people suggested ways to improve visual feedback for the editor. In particular, commenters wanted icons to differentiate between each type of hotspot, and you guys wanted an indication of the triggering area. In response, I've added two new features to the Overgrowth hotspots.

First, each hotspot now has an identifying icon hovering over it, rendered as a billboard. Billboards, in graphics-speak, are flat images that rotate to always point at the camera. 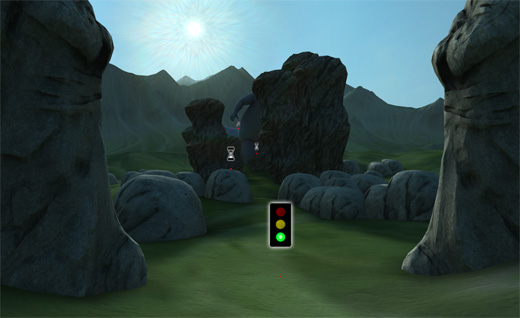 Second, hotspots' bounding boxes now define their triggering areas, and these boxes are displayed as usual in the editor. Previously, we just had an invisible sphere doing this job. Bounding boxes have the advantage that they can pretty well approximate any simple line, surface, or volume, just depending on how you squish and rotate them. For example, squeeze the box into a line to simulate a laser sensor, flatten it into a surface to define a race course starting line, or scale it as a volume to act as a proximity sensor. We can always code more complex triggering areas if they become necessary, but for now I'm betting these boxes (and sets of boxes) be enough for our uses. 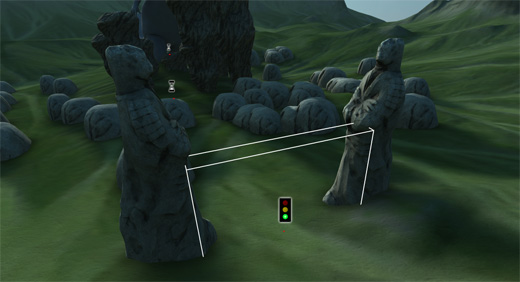 What other graphical features would you like to see for the hotspots?