Hey guys some of you have noticed that I haven't been online much this week. The reason is that I've been spending the past few days at the Game Developers Conference. This being my first time at GDC, I wasn't sure what to expect.

I had hoped that GDC might allow us to meet some new people in the industry but I didn't understand what I was getting into. Below is a picture of our pile of business cards. That box was packed full of Wolfire business cards at the start of the week. 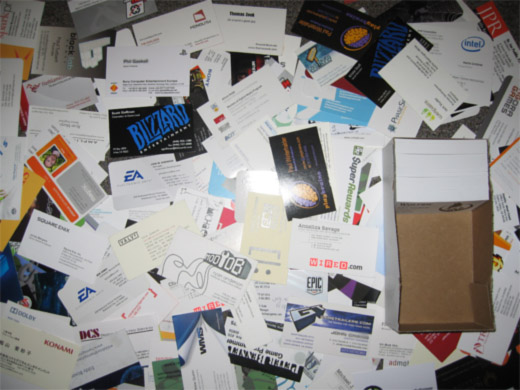 You probably noticed the ModDB card. It's been awesome to finally meet the ModDB guys in person. Sadly Hideo Kojima's card is not in our collection. 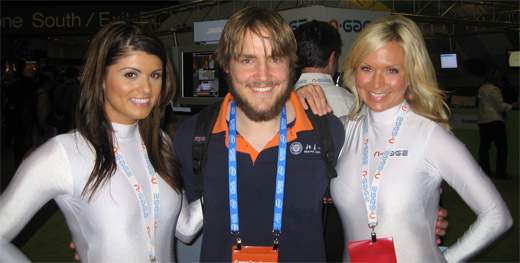 ...there were also babes demonstrating live motion-capture systems. You can't really tell from the photograph, but this young woman was linked to a T-Rex mesh in real-time. 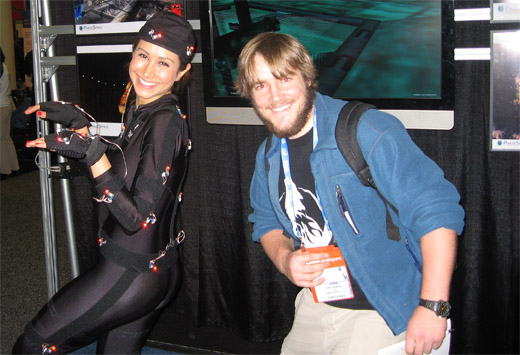 Wednesday night was the award ceremony. I was definitely very impressed with the quality of the IGF finalists this year. One of the great things about attending GDC is that you can play all the finalist games and actually talk to the developers themselves while you do it. The list of IGF 2009 winners can be found here.

On the GDC front, even though Fallout 3 won the Game of the Year Award, the guys at Media Molecule ended up winning four different awards for their amazing game Little Big Planet. After the ceremony was over, I had the great honor to meet members of the LBP team. This is a picture of me with Mark Healey, co-founder and creative-director of Media Molecule. 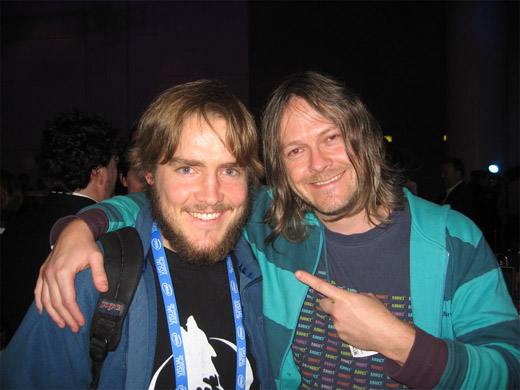 I made a point of telling them the story of our ninja rabbit fighting game and how LBP has given us inspiration for the Overgrowth editing tools.

It's hard to believe tomorrow is already the last day. Have you guys been following any GDC gossip? Is there anything I should investigate or look for before the conference comes to a close?