I have worked on a few commercial games and I am pretty familiar with the methods used to make cities or towns. Usually you start off with a detailed picture of what you want. An image of some cool building. Then you plan out the fewest modular pieces you will need to make that building. After that, you plan out your texture sheets because you want to reuse as much as possible. Often in the end you can only make one cool building and it's a lot of work. I wanted to do something different.

I wasn't sure where to start so I figured I would make a few big tiling textures for things I knew I would need. Walls, floors and roofs. Here is an image of my first test from 3D Studio Max. 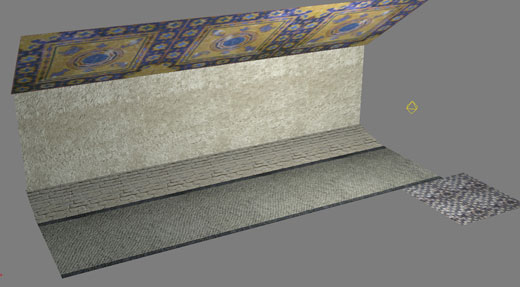 I thought that wasn't a bad start. I put those in the game and started playing around with them. Seeing what I liked and didn't like. Since most buildings have windows I made one of those next. Then I needed something ultra generic to make steps or curbs or pillars, so I made a column of blocks. 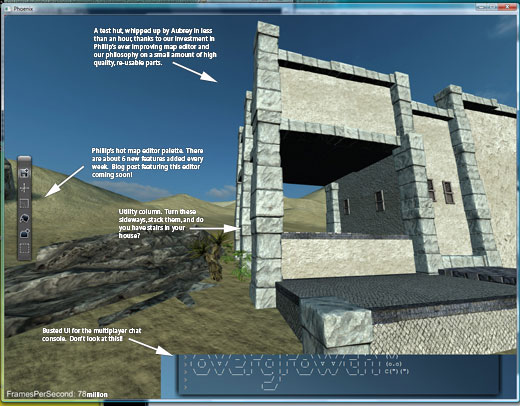 I think at this point I realized how I was going to make all the building assets. Every time I made something new, I would play around with it in the editor until I decided what would be the most useful thing for me to make next.

I needed a door, then a better curb, after that a stone wall... etc. At each step I was actually trying out and seeing what I liked. There were a few points where I realized I had forgotten something crucial; for example when I made the roofs but forgot the triangular side wall. Not everything I made was good enough or worked like I had imagined. A few things got thrown out. What was left though was very versatile. 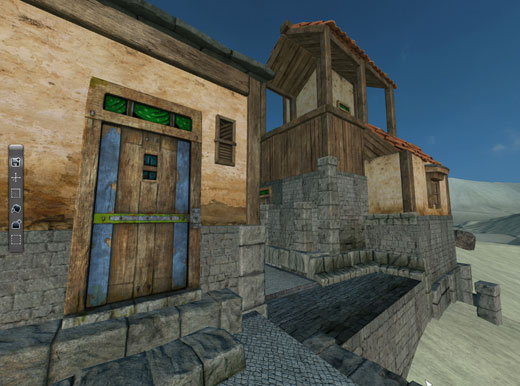 This worked so well because I do concept art, modeling and level design -- but the most important thing is that the other guys here trust me to do all those jobs well. In a big company I would have to ask the concept artist to make designs for the thing I needed, and then one design would have to be approved by the art director, then modeled by the 3D artist. It would take weeks and when it was done it might not even be anything like what I asked for. 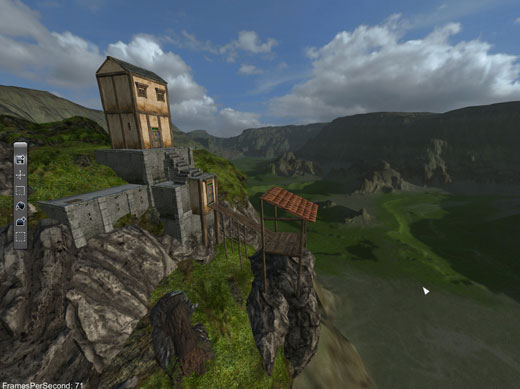 So far I have made 21 building pieces and I am just covering the basics! A lot of our technology for our buildings is still in progress too. Soon we'll add lightmaps and decals. By then this stuff should be looking pretty good. There is a lot of stuff that goes into making a game and we are taking it one step at a time.