Hi everyone, I'm Henry. Although this is a very late introduction, I've actually been working with Wolfire since 2005. You might know me from the Windows
port of Black Shades, and from the earlier multiplayer Lugaru 2 post from 2006's version. I've avoided writing one of these for so long because I split my time between Wolfire and my own dev shop Simisen Interactive, where I work on perennially unreleased games. :)

In any case, I'm still on multiplayer code on overgrowth and we've been working on a number of improved networking models since the 2006 version (two completely different ones in fact). We just had a big landmark moment on Sunday where we played our first 4-player game, albeit without any combat engine in place. 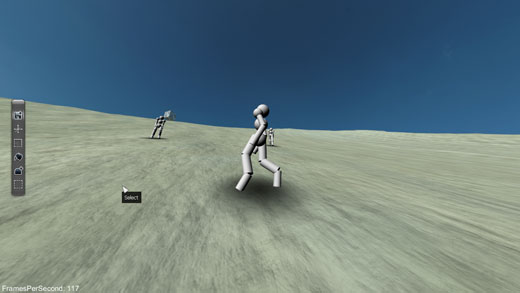 From left to right: Aubrey, Me, Phillip, and David (out of shot)

Much better than a chat window!

In any case, I'm pretty sure they're going to make me write more about the multiplayer stuff in the future, so keep your eyes peeled, and be sure to click here to subscribe.

Posted in Overgrowth by Henry Kropf