After witnessing the magic of modding in Lugaru (from the 3rd party campaigns Empire and Temple to Lotus Wolf's Weapon Shop), Wolfire has been steadfastedly committed to getting players as many mod tools as possible for Overgrowth. You guys are simply too creative and too talented for us to do otherwise. 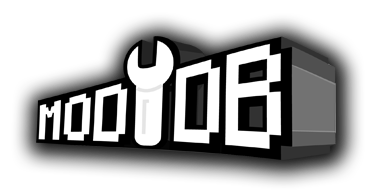 After we made our commitment to modding clear, you quickly returned the favor by persistently heckling me on IRC and meebo to create an Overgrowth ModDB page. I confess to being such a noob at the time, that I didn't even know what ModDB was. However, per your request, I contacted the friendly guys in charge of ModDB and they helped us get the page started. I had my doubts about how significant our page would be but nearly the instant it went up, you guys were turning my boring attempt into something cool.

The Overgrowth ModDB page has been completely fan run for the past few months now (thanks Silverfish) and catches the eye of a few more people each day (including the guys running ModDB themselves). With the good impression you made for us, we were able to land an audio interview on ModDB's Developer Banter podcast. This is a big deal for us because it is Wolfire's first podcast! It runs pretty long, but many people claim to have found it interesting. Listen to it here.

Thanks again for your help everyone. I hope you'll continue to throw ideas at me in Wolfire's IRC Channel or on our nifty meebo widget.