I decided that it would be a cool experiment for the blog to post some of the informal discussions I have with other game developers. Perhaps this would give people some more insight behind my motivations as part of the Overgrowth team, but also give people a raw look at what being in the game industry is like.

Jack Monahan is a good friend and ex-8monkey coworker of mine. As a professional level designer and concept artist he has really clear insight into game design, and a good feel for development realities. Here is part of a somewhat edited conversation I had with him about mastery of gameplay in games: 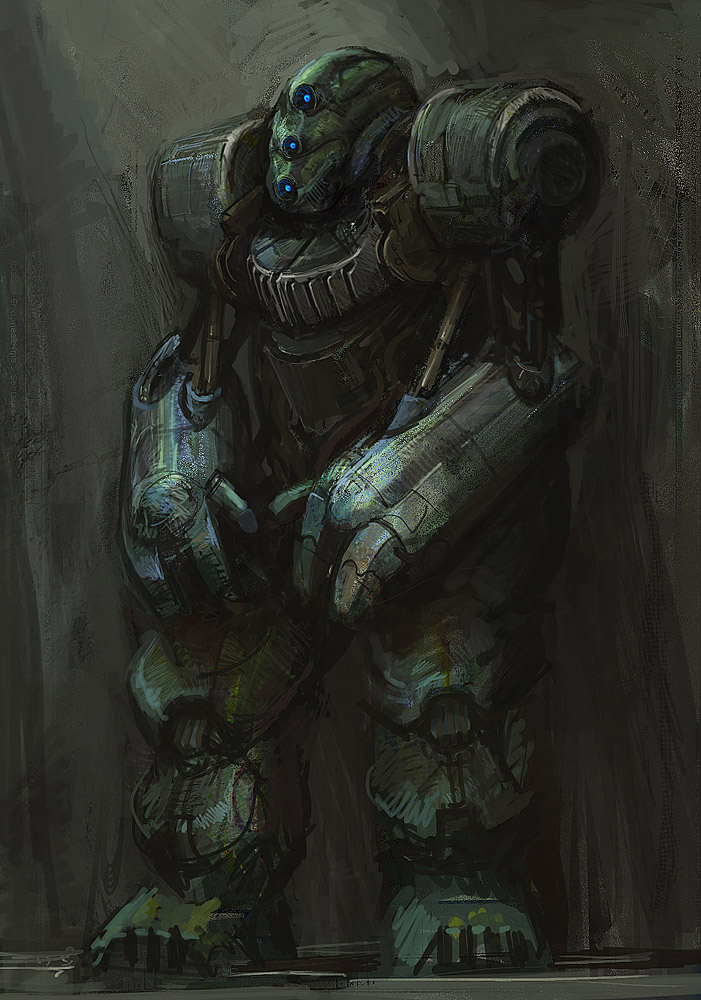 Some of Jack's awesome concept art

Aubrey: what should your intro be?

Jack: well you can say i was always into games, but got here via an industrial design degree at Notre Dame. more importantly, my education at polycount was during the same period. i did contract concept work for several years after, traveled, and then came to 8monkey. my next immediate project is to punch kojima in the face.

Aubrey: before I post anything I will send you a copy in case you want any changes. I may have to edit stuff

Jack: totally fine. In fact, edit in things i say to make me look more pompous... hard to do i know

I had a realization about darkSector and Portal-- I actually started another game of darkSector (you unlock "brutal" difficulty after you beat it). I felt like I wanted to play more because it was only during the last boss fight that I really felt like I was getting the hang of it.

Jack: we know about that from working on a game... we become masters, and games used to be more about mastery. i think that's a lot of what Portal does for people-- makes mastery more assured. it's easier in some ways, but the game doesn't cheat you of the accomplishments. it also democratized the appeal of mastery more than most games these days.

Aubrey: I am not sure if it is a problem that you feel the need to test your skill more after the game is done-- it seems like the end should be cathartic, but the feeling of playing well and winning while still improving makes you want to keep playing. I beat Portal 3 times from start to finish and it isn't like I don't have other games to play

Jack: heheh right, and that's the thing. it should feel that way

Aubrey: Maybe that too is why stories will fail in good video games. If the story is the best part of a game, coming to the end can be cathartic. You were just playing for the story, so once the story is done, you are done

Jack: immediately losing interest, exactly. that's where i get on peoples' cases about spoilers with books and movies. it can be important, but if it's everything, there's a problem.

the books and movies i love the most, i already know what happens. the plot is never the big draw.

Aubrey: hmm, I see what you mean-- some books or movies you can only really enjoy them the second or third time through

Jack: people read junk like dan brown in the airport when they want plot in the driver's seat, not craft. it's worthless once spoiled, just evaporates. a great book can't be encapsulated by a plot summary... and in fact some of my favorite authors don't bother much with plot at all.

Raymond Chandler largely wrote the same story over and over, a detective doing the detective thing, and they were mysteries, nominally, but it's not why he's still read today

Aubrey: Right. I am thinking of JD Salinger, no plot

Jack: i think it's the same with games. there might be some huge dorks replaying some older games only for "story," but i doubt it. they play 'em because they still are excellent, mechanically. Just moment to moment what the games do for you, like Fitzgerald's descriptions.

Aubrey: yes, the prose itself. The prose in a book is like the gameplay in a game. 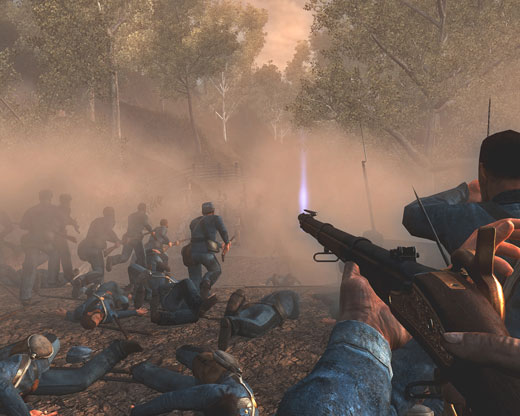 An image from one of Jack's Darkest of Days levels

What do you guys think of the amount of skills required in games? What should learning those skills be like for the player? Do you think it is bad to reach the end of a game and still want to play it more? It would be great to hear your comments!

Audio interview with ModDB Getting girls involved in the community