It's things like this that make me proud to be an indie game developer. RealArcade, a subsidiary of RealNetworks, recently released Tiki Towers, a game that looks quite similar to 2DBoy's hot game World of Goo. Like identical twin similar. 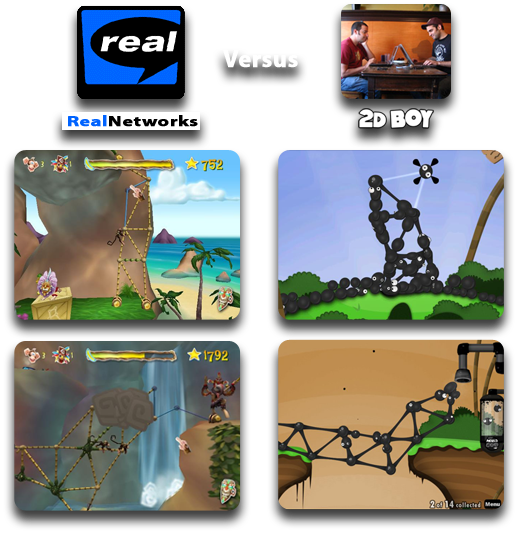 I don't want to make any allegations about the inspiration for Tiki Towers. For all I know, they could have came up with the idea totally independently. However, what is really noteworthy, is that despite this game having the backing of RealNetworks, and over a year of professional development, the indie game World of Goo is totally kicking its ass.

The reviews are coming in and so far, it looks pretty weak. Now compare it to World of Goo, one of the highest rated games of the year, with "universal acclaim" according to Metacritic.

It's refreshing to know that two dedicated and independent game developers, Ron Carmel and Kyle Gabler, can still utterly destroy a team of programmers, PR people, and the corporate behemoth backing Tiki Towers - a company with over half a billion dollars in annual revenue. 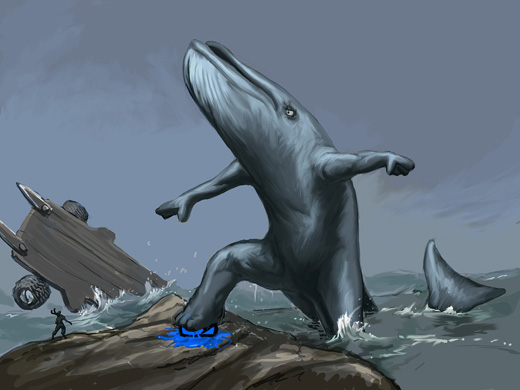