I am back from college for winter break, so I have much more time to work on Lugaru 2 programming 8) Most of our efforts recently have been on content creation; we now have most of the weapon models done, most of the furniture textures done, and many of the sounds and songs completed.

Yesterday I spent a lot of time adapting the Lugaru point-constraint physics system for rigid body dynamics and collisions, so now arbitrary objects can move around the terrain and collide with each other realistically. Here are some pictures of a fairly standard physics example: a stack of crates falling over. I gave Turner the ability to force push and pull so I could test out physics :)

3D sound is also working, so it sounds right when the crates hit each other or fall on the grass, and when Turner steps on the ground at different speeds. 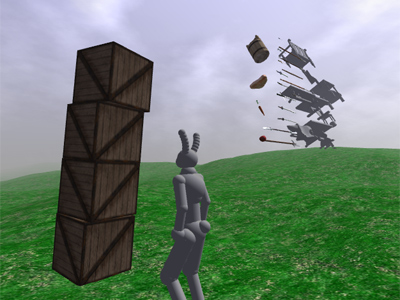 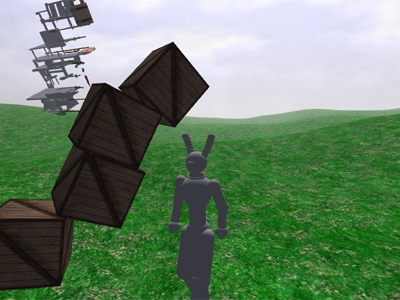 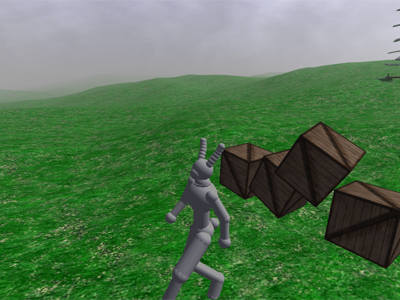 For comments, see the original thread.